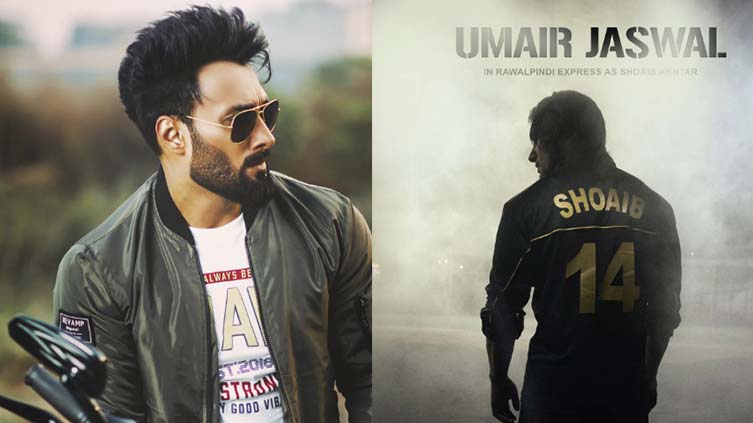 LAHORE (Web Desk) - Pakistani singer and actor Umair Jaswal has revealed that he will be playing the role of legendary fast bowler Shoaib Akhtar in the biopic "Rawalpindi Express" made on him.

Taking to his social media, Umair wrote, "Super excited to announce this with all of you. I’m honored to play the living legend, Mr. Shoaib Akthar on the big screen in RAWALPINDI EXPRESS."

"With Allah’s blessings may we succeed in our endeavours. We look forward to bringing to you a first of its kind biopic film worthy of worldwide recognition," he said.

Earlier in July, Shoaib Akhtar confirmed that a biopic titled "Rawalpindi Express" will be coming out soon. He also shared the motion graphics poster of the film.

The film is helmed by director Faraz Qaiser under the banner of Qfilmproductions. The director in his Instagram stories wrote, "An idea that came in 2016, has finally come to life. The poster for my first feature film is now out!"