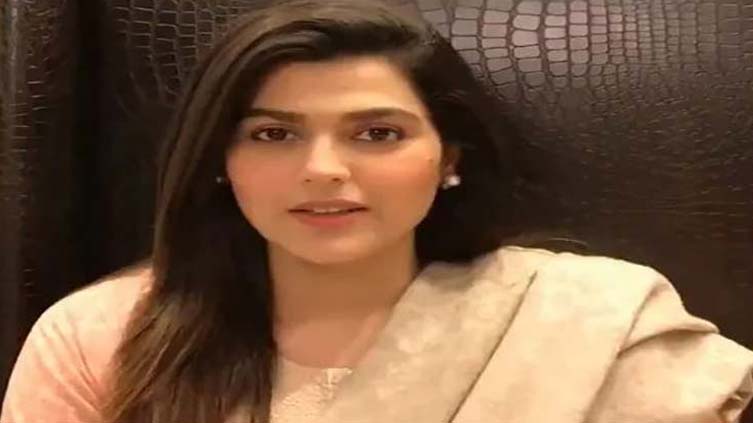 ISLAMABAD (Dunya News) - The plea by actress and model Khushbakht Mirza to have Sadaf Naz’s bail revoked in connection with the custody dispute between Sophia Mirza and her ex-husband Umar Farooq Zahoor was sacked by the Supreme Court (SC) of Pakistan.

Sadaf Naz is one of the people who Khushbakht Mirza and Shehzad Akbar are accused of exploiting for their own ends when the PTI was in power and Shahzad Akbar had complete authority over the Federal Investigation Agency (FIA). In one of the FIRs filed against Umar Farooq Zahoor, the ambassador at large for Liberia, Khushbakht Mirza claimed that Sadaf Naz had helped Zahoor abduct Mirza’s daughters and take them to Dubai.

The Federal Investigation Agency arrested Sadaf Naz on her visit to Pakistan In the year 2021. However, the Lahore High Court in April 2021 released Sadaf Naz on bail. Khushbakht Mirza in December 2021 filed a Petition before the Honorable Supreme Court of Pakistan for cancellation of her bail.

During the last hearing, Khushbakht Mirza without stating any reason told the Court that she does not wish to press her petition. The Court dismissed Khushbakht Mirza’s Petition and further observed that Ms. Sadaf Naz is at liberty to approach the Court for return of her passport on conclusion of trial.

Sadaf Naz has stressed her innocence and has stated that she has been victimised and that she had no relation to any kidnapping.

The SCP dismissed Sophia Mirza’s application within a week of two big setbacks for the former model. Pakistani media reported earlier this week that the Interpol (International Police) has removed Umar Farooq Zahoor from the list of most wanted persons in the category of Red Corner Notice.

At the same hearing, the Assistant Attorney General of Pakistan informed the court that Sophia Mirza and her counsel were lying that Umar Farooq Zahoor, Sophia Mirza’s former husband, was a fugitive of the law and therefore should be banned from the media. The govt representative told the court that Umar Farooq Zahoor was a free citizen and not wanted by the government of Pakistan in any case.

The decision of the court came during the third and last hearing of Khushbakht Mirza’s petition before the LHC judge Justice, Shahid Jamil Khan. In the previous two hearings, the actress and her lawyer had sought after failing to satisfy the court on the grounds for the ban through the PEMRA, without justifying why Liberia’s Ambassador-at-Large should be banned from the media to present his views.