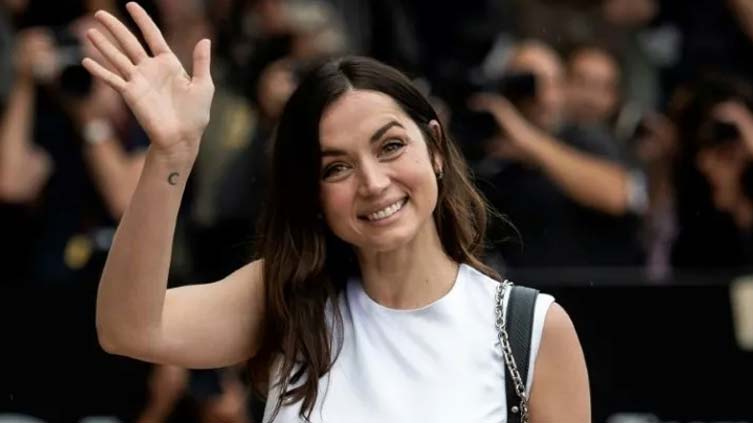 PARIS (AFP) - Destined to be one of the most divisive films of the year, Marilyn Monroe biopic "Blonde" finally lands on Netflix on Wednesday after more than a decade of troubled production.

While there is almost universal praise for the visceral lead performance by Ana de Armas, critics cannot agree whether the uncompromising, nearly three-hour film is an artistic tour de force or another cruel layer of exploitation perpetrated against the 20th century icon.

For ID magazine, "Blonde" is "guttural, instinctive, anguished filmmaking that bends space, time, and every cinematic tool at its disposal in service of attaining emotional truth".

Or viewers might take the position of the New Yorker’s Richard Brody, who called it "ridiculously vulgar", seeing the endless torment that Monroe experiences on-screen as "a special kind of directorial sadism".

There are certainly no punches being pulled by Australian director Andrew Dominik in his adaptation of the hit semi-fictional book of the same name by Joyce Carol Oates.

From the trauma of a mentally unstable and violent mother, through her rape at the hands of a studio boss, to a particularly sordid scene with president John F Kennedy, Monroe’s life is depicted as one of relentless abuse and anguish.

Dominik spent 11 years trying to get the film made, and has credited the #MeToo movement against sexual assault with finally generating interest in the story -- though he reportedly fought long and hard with Netflix over long running time and graphic scenes.

Armas told reporters at the Venice Film Festival, where the film premiered this month, that she had to go to "uncomfortable, dark and vulnerable" places for the role.

"She was all I thought about, all I dreamed about, all I could talk about. She was with me, and it was beautiful," she said.

The crew filmed in the real locations where Monroe was born and died, with Dominik saying the shoot "took on elements of a seance".

It is a star-making turn for Armas, who worked for months with a vocal coach to overcome her Cuban accent and find a voice that could express Monroe’s character as well as her own unique intonations.

"On the first day of filming, I went home with this sense of awe that I had the privilege of actually working with Marilyn Monroe," co-star Adrien Brody, who plays husband Arthur Miller, said in Venice.

Many saw his previous biopic, "The Assassination of Jesse James by the Coward Robert Ford" starring Brad Pitt, who serves as a producer on "Blonde", as a poetic masterpiece, but just as many found it dull and pretentious, and it flopped at the box office.

Dominik is unlikely to be bothered, however.

"Blonde" is "a demanding movie," he told Screen Daily. "If the audience doesn’t like it, that’s the f---ing audience’s problem. It’s not running for public office."

NPR were among several outlets saying the film is "an exercise in exploitation, not empathy".

But Vogue said a lot of the initial shock may fade over time.

"History will be kind to "Blonde", a Hollywood biopic in real anarchy mode... (which) in time, could be considered a masterpiece."