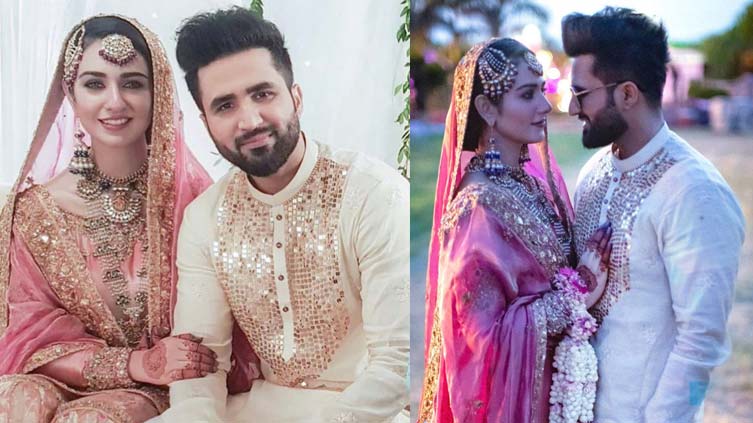 LAHORE (APP) - Pakistani heartthrob Falak Shabir and the epitome of beauty Sarah Khan are undoubtedly one of the most adored couples of entertainment industry.

The power couple has been setting major goals for all the lovebirds out there ever since they tied the knot back in July 2020 in an intimate ceremony.

Recently, the much-loved stars turned to their respective social media handles and left their huge fan following in awe as they shared YouTube link of their spellbinding wedding video along with the caption “Finally our official shadi video is out”

The 7 minutes and 32 seconds video offered glimpses of the entire wedding starting from their dreamy engagement and ending on an intimate nikkah ceremony, recalling all the precious memories of the duo’s big day.

In no time, the much-talked-about weddings video hooked audience and fans as well as celebs flooded the comment section with comments showering the duo with love and heartwarming wishes.

Furthermore, Shabir also hinted towards the release of a latest track as he posted a gripping photo holding a guitar on his Instagram account along with the caption “In process”, to which Khan commented “Can’t wait”.