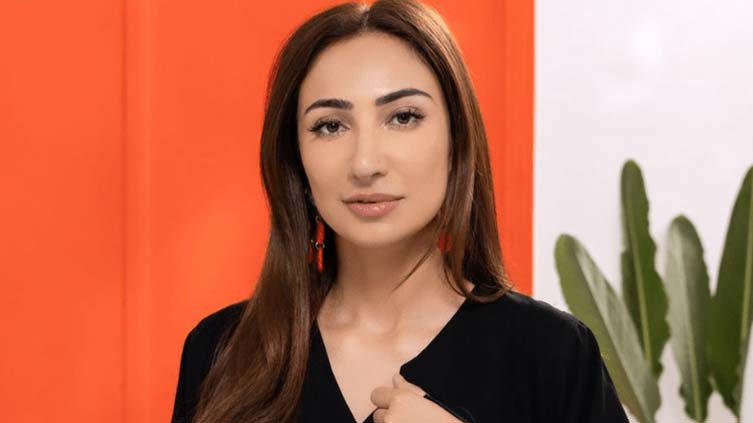 Anoushey Ashraf has penned note of disappointment on flood-induced damage.

LAHORE (Online) - The recent floods have caused a whole lot of damage but only those who have visited the sites can begin to understand how deep it really goes. Anoushey Ashraf travelled to Balochistan with RJ Dino Ali and musician Natasha Baig to help out flood affectees and was saddened by the overall situation and neglect. She penned a passionate note, expressing her disappointment and blamed everyone who is okay with the state the country is in at the moment.

On Saturday, she shared a video compilation of her visit and talked about sights that made her heart sink. “Even though the floods have ravaged much of Pakistan, visiting the villages in Balochistan was of particular interest and high on the list of priorities for me. The province has been neglected as it is for way toooooo long. We don’t know much about what it’s really like,” she wrote. “As expected, we were saddened to see broken roads, inundated lands, washed away bridges, etc but more than anything else, I was saddened to see the countless children affected by the negligence of their adults. Collectively, we’ve given them next to nothing for their future. Not even slippers to wear. Today, I just don’t blame the government but I blame myself, I blame you and every Pakistani who’s okay with this.”

She talked about ignorance on the citizens’ part and how they justify the wrongs in society instead of taking action. “Us, the people who’ve learned how to live with crisis everywhere around us like it doesn’t exist. Unchecked population growth, poverty, sickness and bad healthcare is where our focus should be… Yet people turn a blind eye to this and find reasons to explain ‘why this is the way it is’…”

She prodded her followers with questions, claiming that the general public is in deep slumber. “If you can’t help fix it, why run to them for votes? When does your integrity and moral compass come into play? When does an ounce of humanity awaken in you? In me? Indeed we’re the way we are for we are in a deep, deep slumber. While God periodically sends us calamities one after the other for we may wake up. But alas.”

She quoted a poem by Lawrence Tribble that highlighted the power of one person who awakens and influences another and then a lot more with the domino effect. “Thank you Dino Ali Natasha Baig and Hassan Ali Effendi for being the best coworkers. We kept each other afloat. Thaila Sherwani zindabad!!” she concluded.

In the video, Ashraf attached photos and clips that documented their journey of distributing over 2500 ration packs in a village in Wadh. “Back broken but heart mended, a bit,” she wrote. She explained that they had gone there with a company that was distributing relief items and had security provided by the FC Balochistan. She added that though she doesn’t encourage protocol, it helped them deliver the items to the right place without trouble.