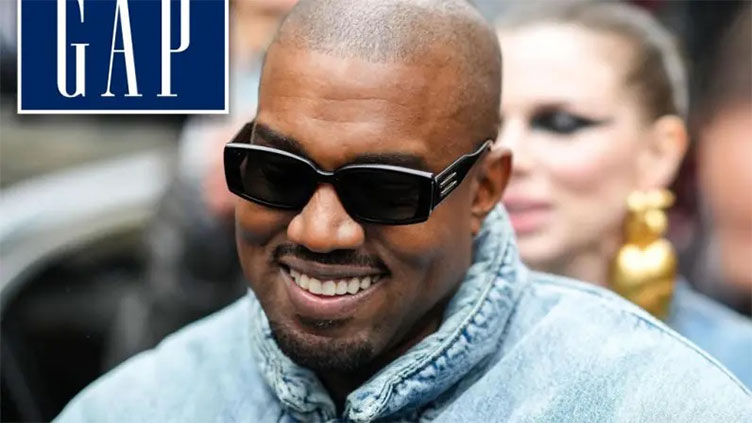 Kanye West and retail brand Gap announced an end to their partnership on Thursday.

NEW YORK (AFP) - Kanye West and retail brand Gap announced an end to their partnership on Thursday, with the artist now known as Ye saying he plans to open his own stores.

"GAP left Ye no choice but to terminate their collaboration agreement because of GAP s substantial noncompliance," wrote the artist s lawyer, Nicholas Gravante, in a letter, elements of which were seen by AFP.

The rapper, producer, fashion designer and mercurial personality inked a much-touted deal with Gap in 2020, with plans to marry the struggling retailer s clothing classics with West s Yeezy designs.

In a letter to employees on Thursday, a copy of which was obtained by AFP, Gap brand CEO Mark Breitbard said that management had decided to "wind down the partnership" with West.

"While we share a vision of bringing high-quality, trend-forward, utilitarian design to all people... how we work together to deliver this vision is not aligned," he said.

Breitbard clarified that several Yeezy Gap branded products already in development before the breakup would continue to be released, "as planned."

The announcement caps months of social media complaints from West, which include accusations that he s been left out of the creative process and criticisms of marketing delays.

Gravante said West has "diligently" tried to work through issues with the company but "he has gotten nowhere."

"GAP s substantial noncompliance with its contractual obligations has been costly," he continued. "Ye will now promptly move forward to make up for lost time by opening Yeezy retail stores."

Gap had been expecting $1 billion from Yeezy products alone within five years of the ten-year signed partnership, according to The New York Times.

West saw the collaboration as a way to increase the accessibility of his products, having previously put out limited series at high price points with financing from the German brand Adidas -- which the rapper has also criticized in recent months.

His collection, launched in 2022, echoed West s own style -- dark, baggy clothes and variations on the hooded sweatshirt that was once Gap s signature garment.

Fading in popularity for years, the company has closed some 350 Gap and Banana Republic stores since October 2020.