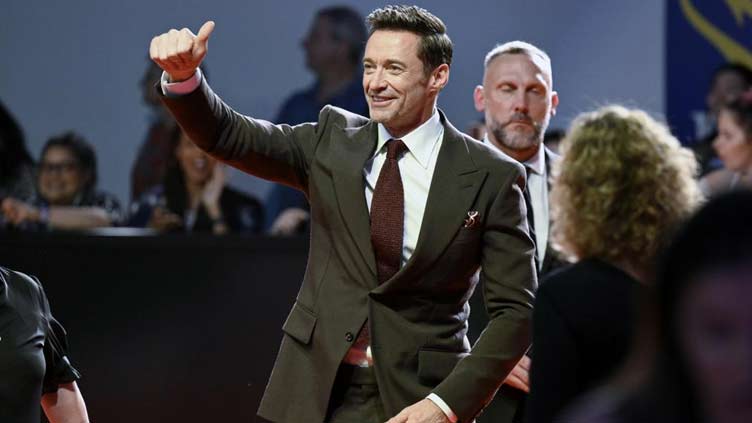 TORONTO (AP) — Since he was a high school student, Hugh Jackman wanted to play the roguish traveling salesman Professor Harold Hill in “The Music Man” on Broadway. He’s fulfilled that dream — but all things must come to an end.

On the red carpet at the Toronto Film Festival, Jackman told The Associated Press that the revival will play its last performance at the beginning of the new year,

“Jan. 1 is going to be the last show. So we’ve got another three and a half months. So if you haven’t seen it, please come and see,” Jackman said after conferring with his publicist.

Jackman said he had a blast doing the show, which has double Tony Award winner Sutton Foster playing his love interest. “I love it. I love the cast. I love everything about the show. The audiences have been incredible and I’m going to be sad,” he said.

The musical tells the simple story about Harold Hill, a traveling con man who in 1912 convinces a small Iowa town into forming a band and selling them instruments until love changes him. It’s got classic songs like ″Seventy-Six Trombones,” ″Goodnight My Someone,” ″Gary, Indiana” and “Till There Was You.”

The musical revival was delayed several times due to the pandemic, finally opening in February. It has been a box office juggernaut, regularly exceeding $3 million a week, even if it got little love at the Tony Awards.

Jackman was at Toronto for the world premiere of “The Son,” which is the second part of the Florian Zeller trilogy of plays adapted for film. Anthony Hopkins, along with Zeller and Christopher Hampton took home Oscars for “The Father.”