No one has right to share photo without consent: Arisha Razi 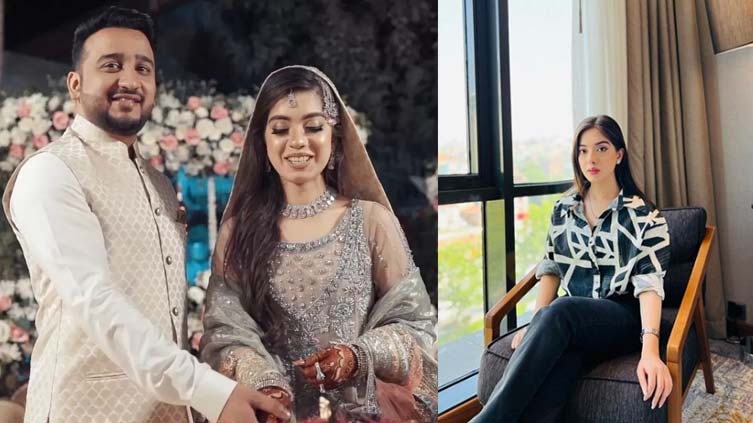 No one has right to share photo without consent: Arisha Razi

Arisha said, "collaboration or PR, even then you have no right to share or post without permission."

LAHORE (Online) - Pakistani actor Arisha Razi Khan has revealed that she and photographers Studio 86 mutually agreed to share photos and videos when Razi herself announced her "happy moment".

Arisha Razi was just in the news for her nikkah photos that went viral without her consent after the photographer she hired who, according to her, shared the photos and videos without her permission. In a new Q&A session with her followers on Instagram, a follower asked if the photographer was telling the truth that her event was sponsored because she never paid for it. In response, the actor said, "collaboration or PR, even then you have no right to share or post without permission."

She took to her Instagram stories on Thursday to answer a question from a follower that touched upon the statement given by the Karachi-based photography studio, Studio 86, after Razi’s earlier statement about them on the photo-sharing app.

In response, the "Makafat" actor said that both sides agreed mutually that when she herself would announce this "happy moment to the public" and then the photographer would be able to upload selected pictures approved by her after she granted them permission. "All videos and pictures before our consent cannot be uploaded in the public or disclose the event without our consent," she said.

"There was no such terms and policies (that had) been signed from our side that they have the right to upload anything without our consent or permission. The picture other party have uploaded is an invoice not the contract and no name even there. If claimed invoice has been generated and paid then why they are saying that we haven’t pay for the event. Even if collaboration/PR is there even then you have no right to share or post without permission or consent of someone," she wrote.

Last month, in a statement, the photographer said that the day they were hired it was decided by both parties that the videos and photos will be shared online after three months. According to now expired Instagram stories, the page approached Razi for approval before posting the videos and photos but she did not reply to their messages.

So far the photographer has not issued another statement after Razi’s Instagram stories.

Razi has been involved in many projects and has often appeared in shows along with her sister Sara. Razi has worked in famous dramas like "Chupke Chupke" and " Raaz e Ulfat". The 22-year-old has also worked in films such as the "3 Bahadur" franchise and "Sacch".