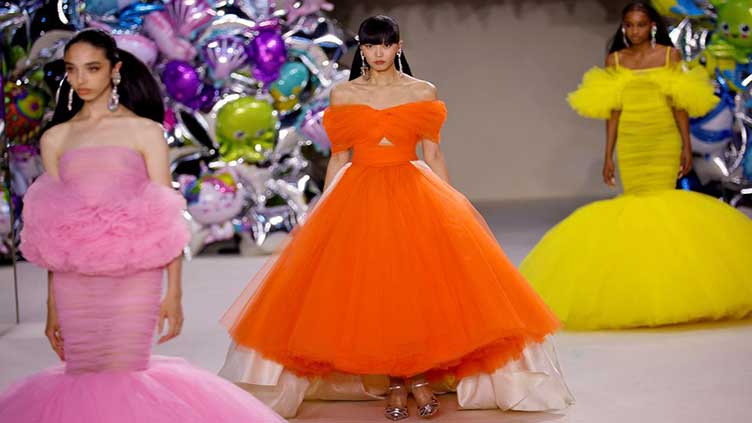 Models drifted out from a wall of shiny, party balloons – pink flamingos squeezed against rainbow ponies — wearing wide cat-eyed sunglasses and teased-out hair extensions. They lifted their skirts as they criss-crossed the runway and rounded the mirrored columns while a robot camera rolled back and forth.

Silhouettes were ample and varied, with volumes that shifted. Sleeves puffed out from the shoulders, and skirts were cast wide, built in tiers like layered cakes, or fitted, then suddenly splayed out at the bottom in a burst of yellow, pink or turquoise.

In a nod to his signature topiary dresses, Valli sent out a shimmery, silver sequined body suit with rings of white ostrich feathers around the legs. 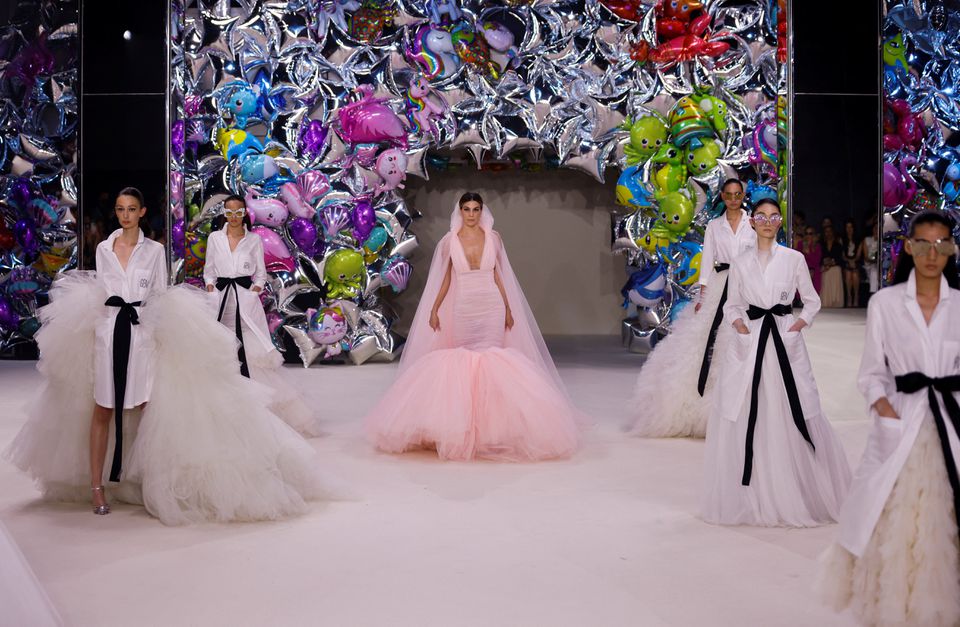 “It’s like the generosity of the hug. It’s a hug of flowers, a hug of feathers, a hug of tulle. There are all these bouquets that hug you; it’s this kind of pleasure to share happy times together,” Vallie told Reuters.

The collection was about living in the moment, he explained.

Popular with socialites and known for serving the red carpet set, the label has financial backing from the Pinault family holding Groupe Artemis. It broadened its consumer base with an H&M collaboration in 2019.

Valli trotted out on the runway for his bow, stopping to greet Bianca Brandolini, who modeled a pink dress with a hooded cape.

After the show, guests including Robbie Williams and Olivia Palermo swarmed backstage.