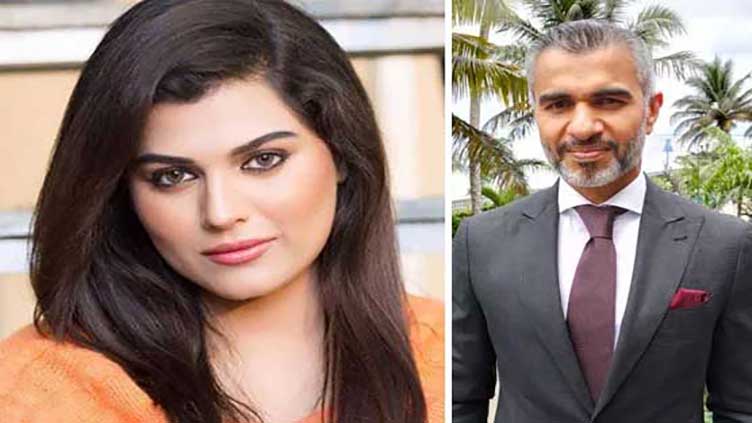 LAHORE (Dunya News) - Pakistani actor and model Sofia Mirza’s former husband and Dubai-based Pakistani-Norwegian businessman Umar Farooq Zahoor on Monday wrote a letter to the Federal Interior Minister Rana Sanaullah, in which he has demanded an investigation against those who have made false accusations against him.

In the letter, Umar Farooq Zahoor said that an investigation should be launched against his ex-wife and her accomplices namely Shehzad Akbar, former DG FIA Sanaullah Abbasi and Ali Mardan.

He said Sanaullah Abbasi submitted a fake report in the Supreme Court, adding that this is the same team that made money laundering cases against Shehbaz Sharif and Hamza Shahbaz.

The letter further added that the former DG FIA was also removed because he refused to serve the agenda of making fake cases.

They even carried out a propaganda against me on media, he said.

It is pertinent to mention that Sofia Mirza ran a vindictive campaign against her former husband Umar Farooq Zahoor, revealed the court documents.

Akbar used Federal Investigation Agency (FIA) for malicious campaign against the businessman and a case was registered against Umar Farooq on Akbar’s directions.

Sofia Mirza filed a complaint with the FIA Lahore Corporate Circle, claiming her husband was involved in fraud and money laundering.

The documents also revealed that the FIA lied to the International Criminal Police Organization (Interpol) to take action against the businessman, whereas, the courts in three countries acquitted Umar Farooq after not finding him guilty of all charges.

Earlier, Mirza had also managed to get a case registered against Farooq for kidnapping his own daughters, with whom she had a long-running dispute over the custody of their two daughters.

The former husband of the actor and model said that Sofia took Rs5 million to give custody of two daughters to him with the condition of not to mention payment money in the agreement.