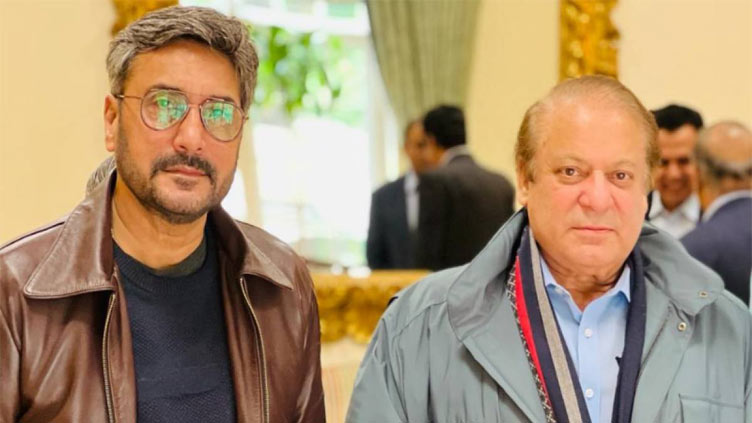 It is pertinent to mention that Adnan Siddiqui met former Prime Minister Nawaz Sharif a few days ago for a promotion of the film ‘Dum Mastam’ after which news was circulating on social media that the actor has joined PML-N.

In a video message posted on the social networking site Instagram, he said "I want to say that my meeting with Nawaz Sharif was not a well thought out plan, I met him in person and there was no personal agenda and I only had the interest of industry in my heart, I repeat what I have always believed and often said that politics and arts should be kept separate.”

He further said, “A news was published about him that I joined PML-N which is wrong and fake news, I did not do it at all, I am not getting involved in politics, I don t know why there was no statement from PML-N to explain this, especially when the official handle of the Ministry of Information and Broadcasting shared a fake tweet on it.”

"I think trolls and haters have exercised their right to freedom of expression and expression, and I respect their feelings. However, we should not always look at everything from a political point of view.”