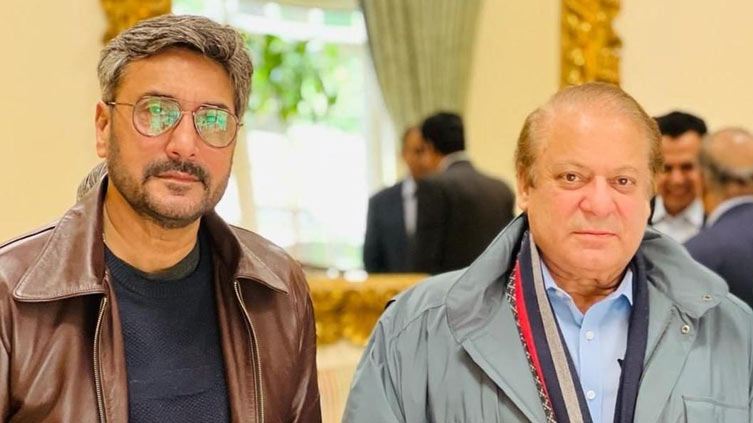 Videos of the actor outside his residence are circulating on social media.

The actor visited Nawaz at the Avenfield apartments. Videos of the actor outside his residence are circulating on social media. After meeting the former Prime Minister, Adnan in a viral video said, “It was a great meeting, I came here for my film’s promotion and invited him to watch our film as we have worked really hard.”

He added that Nawaz Sharif said that his party is thinking about the film fraternity and the film policies.

In another video before the meeting, Adnan met PM Shehbaz Sharif’s son Salman Shahbaz in which the latter asked Adnan if he has an appointment to meet the EX-PM. The actor said that he has a meeting fixed with Nawaz. Afterwards, Salman took him into the Apartment.

Later, a picture was released of Siddiqui standing with Nawaz.

Adnan is in London to promote his movie Dum Mastam. The movie features Amar Khan and Imran Ashraf in the lead roles.