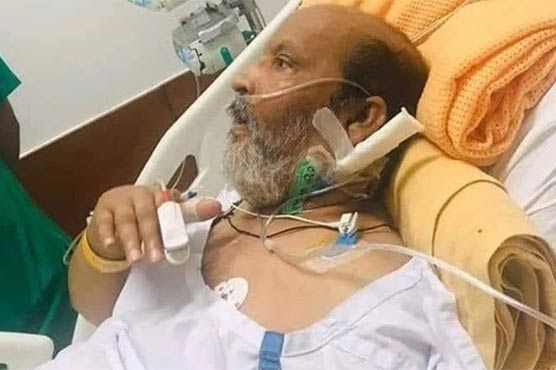 All the arrangements are being carried out by air ambulance company.

BERLIN (Dunya News) – Legendary actor Umer Sharif has been admitted to a hospital in Germany after suffering fever due to fatigue.

Umer Sharif’s wife Zareen Ghazal told that doctors are conducting his medical checkups while necessary tests are also being held at the hospital.

All the arrangements are being carried out by air ambulance company, she stated.

Sources told that Zareen Ghazal had to spend four hours in police station for not having Germany visa. However, she was released after getting visa as per rules and regulations.