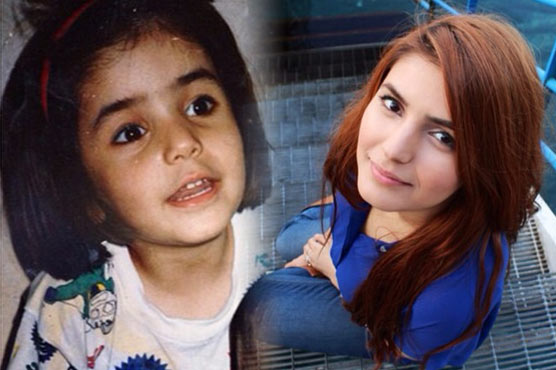 (Web Desk) – Momina Mustehsan broke the internet after the release of Afreen Afreen with Rahat Fateh Ali Khan in Coke Studio. We all know by now that she’ll be featuring alongside Ali Zafar’s baby brother Danyal Zafar in the upcoming season.

We went through the young popstar’s social media account and found some of her childhood photos. While some of us may think she’s still a ‘baby’, there was a time when she was literally one little girl. Although the cuteness level is pretty high, she has retained most of her facial features from the very beginning.

Momina was one of those kids who are obsessed with music since early days. She used to sing in school and her first performance was in front of a large crowd in 2nd grade. Having a dual degree in Engineering and Mathematics, she has received a lot of social media fame.

Her professional journey started with song ‘Meray Bina’ for Bollywood movie Crook in 2011. Her first commercial project was for another Indian film Ek Villain in  2014. Momina was then approached by Coke Studio producers where her popularity reached new heights with songs Afreen Afreen, Tera Woh Pyar and Main Raasta.