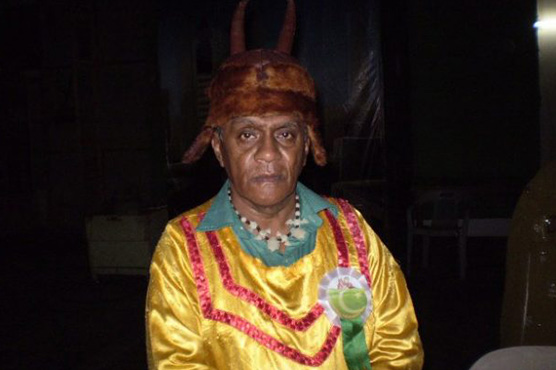 "But I have to look after my family too"

(Web Desk) – Ailing telly star Matloobur Rahman of ‘Zakoota’ fame is looking for government’s support in tough times as he claims of no work and deteriorating health, Express Tribune reported on Friday.

The English daily quoted the Ainak Wala Jinn star: “My health is getting worse and I don’t just want to but need to take some rest. But I have to look after my family too. I have no choice but to continue working and that’s why, I perform at the Alhamrah Hall every Sunday even though I should probably not.”

He said that paralysis of his left arm did not stop him from performing every week however, despite his two children’s help with the performance, he puts together paltry amount by the end of a month.

His wife said that Matloob’s health is not improving but if he rests, the family would not have anything to put on the table for kids.

“The little income that my husband earns goes towards his expensive medication. Our children are also of school-going ages. Therefore, I request the government to please help us out,” said his wife. “Matloob’s health is not improving but if he stops working, we will have nothing to rely on,” Tribune quoted his wife.

Zakoota  became a household name in 1993 with the popular telly series that continued for three years.

Lawmakers not as 'despicable' as people think: Saad Rafique