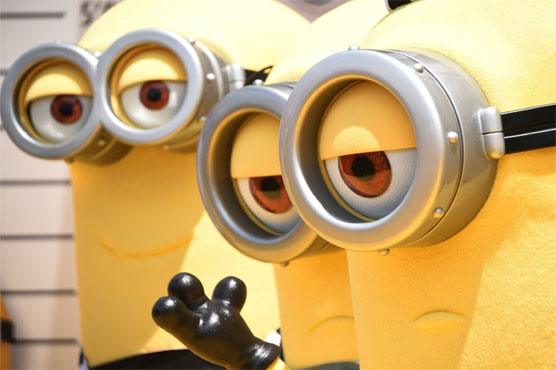 'Despicable Me 3' smashed the North American box office through the US holiday weekend.

The latest installment of the franchise that opened in theatres last Friday hauled in $99 million through the five-day weekend, according to industry tracker Exhibitor Relations.

Steve Carell stars as the voice of "despicable" bad guy-turned-protagonist Gru -- and his twin brother Dru -- in the Universal film.

Ansel Elgort ("The Fault in Our Stars") stars as a gifted getaway driver who suffers from tinnitus -- ringing in his ears -- and has to play music on an iPod to concentrate when he is behind the wheel.

Falling to third after its debut weekend at the top of the box office was "Transformers: The Last Knight," the fifth installment in the blockbuster series which raked in $24 million.

The film, which is heavy on visual effects, features actors Mark Wahlberg, Josh Duhamel, John Turturro and Anthony Hopkins, and opened to what was by far the weakest debut in the franchise s history.

The animated movie features Lightning McQueen and his longtime friends fighting off a challenge from a new generation of racers, voiced by actors including Owen Wilson, Cristela Alonzo and Armie Hammer.