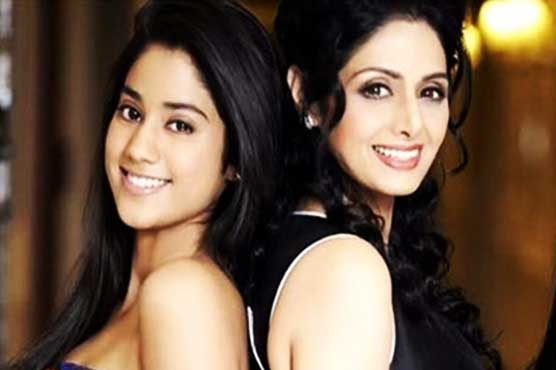 Jhanvi Kapoor is reportedly set to debut in film industry with Karan Johar’s Student of the Year 2.

NEW DELHI (Web Desk) – Indian actress Sridevi has said that it would be a great joy for her to see her daughter Jhanvi Kapoor getting married instead of joining showbiz, reported NDTV.

Jhanvi Kapoor is reportedly set to debut in film industry with Karan Johar’s Student of the Year 2 opposite Tiger Shroff, however, no official announcement has been made in this regard so far.

Sridevi said, "She wanted to do the film and initially, I wasn’t in favour. I don’t think it’s a bad industry. I am a creation of this world. But, as a parent, it would give me greater joy to see her married. But her happiness matters more, and if she does well as an actress, I will be a proud mother."

Sridevi was last seen in Tamil film Puli whereas her last Bollywood movie was English Vinglish that was released in 2012. Sridevi will also be seen in upcoming film MOM that will release on July 7.

I'd rip off Aryan's lips if he kissed a girl: Shah Rukh Khan