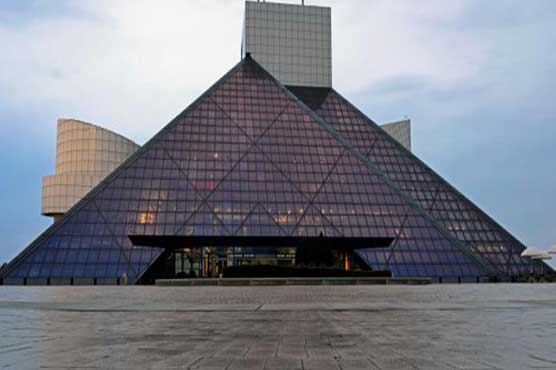 Greg Harris, the Hall of Fame's president and CEO, said that rock and roll is a universal language.

NEW YORK (AFP) - The Rock and Roll Hall of Fame is planning its first international expansion with a branch in Japan, the world’s largest music market after the United States.

The shrine to rock culture, which runs a popular museum in Cleveland and each year runs gala induction ceremonies to recognize artists for their life’s work, said it would hold a first exhibition in Tokyo in September.

The Hall of Fame will later find a permanent home in Japan that will feature its own content as well as exhibitions that travel from the United States.

Greg Harris, the Hall of Fame’s president and CEO, said that rock and roll "is a universal language."

"Japan is the second-largest music market in the world, making it the perfect place for the Rock and Roll Hall of Fame’s first international expansion," he said in a statement Monday.

The Rock and Roll Hall of Fame was established in 1983 and in 1995 opened a lakefront museum designed by architect I.M. Pei in Cleveland, which has become one of the top tourist draws to the Midwestern city.

With its fan and collector culture, Japan has been a welcoming home for Western rock acts for decades.

Japan remains a comparative stronghold of CD sales at a time that digital music has taken over much of the world market.

Recorded and digital music sales accounted for nearly 300 billion yen ($2.7 billion) in 2016, according to the Recording Industry Association of Japan.

The figure outpaced sales in third-ranked Germany but was well below the $7.7 billion grossed in the United States.