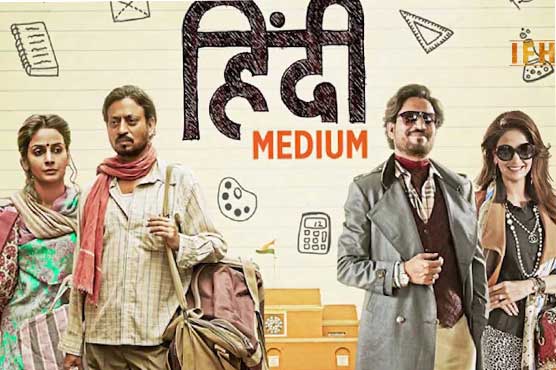 The film is continuously on display in various cinemas across the world due to appreciation by the fans.

Sources told that Hindi Medium has earned Rs102.64 crore so far among which Rs90.29 crore was only from India. It is to be mentioned here that the movie was exhibited in 1126 cinemas at the time of its release.

The film is about the couple that goes to every length to admit their daughter in a prestigious English medium school. It also points out the high standard of classism set by the society.

She said that working in ‘Hindi Medium’ was a big challenge for her but she learned a lot from the talented Bollywood actors. She said that Pakistani film industry is suffering from issues whereas Bollywood has resources.