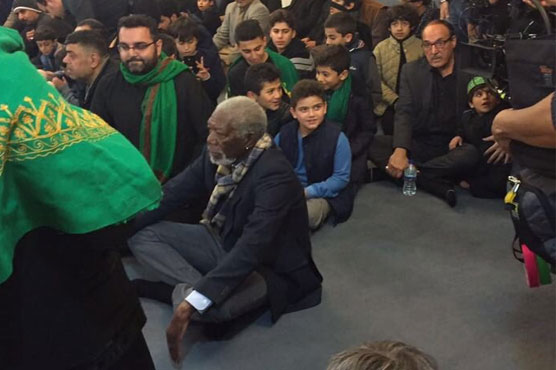 Pictures of the actor sitting cross-legged on the floor went viral on social media.

He was in the majlis while filming documentary ‘The Story of God with Morgan Freeman’ for National Geographic.

The documentary premiered last April and claims to explore different cultures and religions to uncover the meaning of life.

Pictures of the actor sitting cross-legged on the floor among the worshippers went viral on social media.

IM DEAAAAAD HOW IS MORGAN FREEMAN AT MY FRIENDS MOSQUE pic.twitter.com/SZEhXYhPgc

Yo fam Morgan Freeman was chilling at mosque today pic.twitter.com/d1W5FU4Fg9

To mark Ashura, thousands of Muslims marched towards Oxford street carrying flags and placards with messages  Terrorism is non-Islamic  and  British Muslims condemn ALL acts of terrorism . 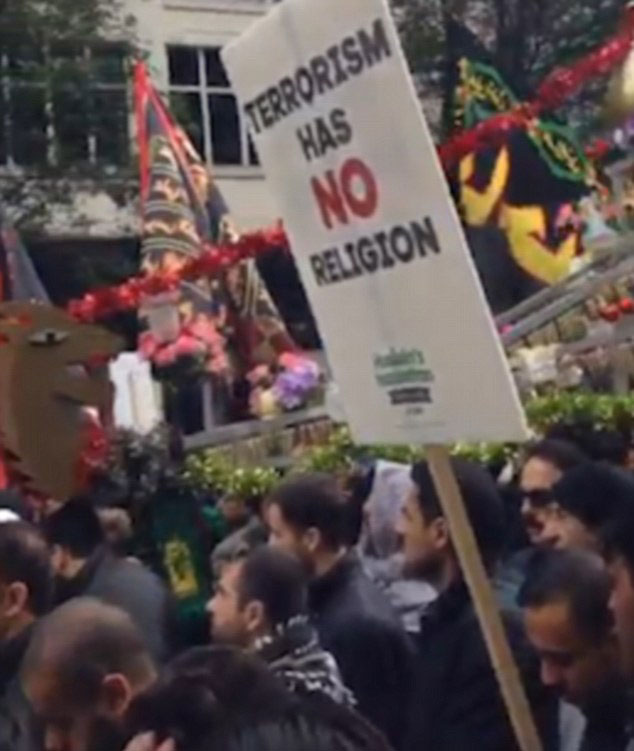 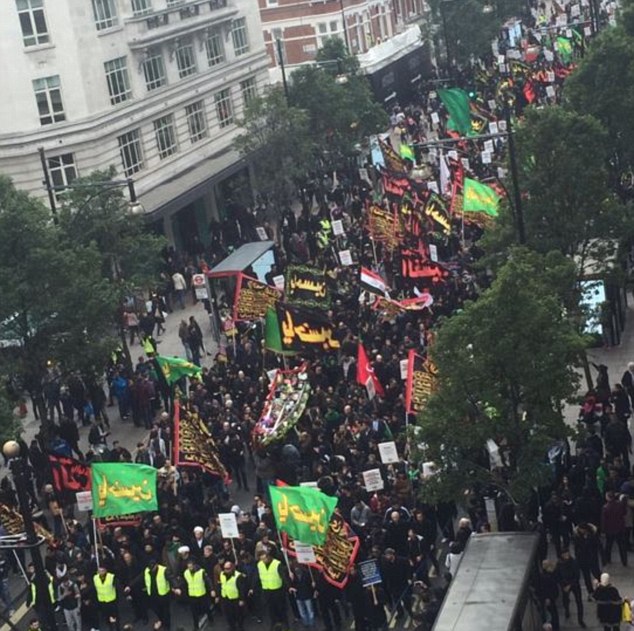 Thousands of Muslims march through London to mark Ashura.

The attendees while denouncing terrorism chanted slogans against it.

MQM-London issues final warning to those who disowned party's founder