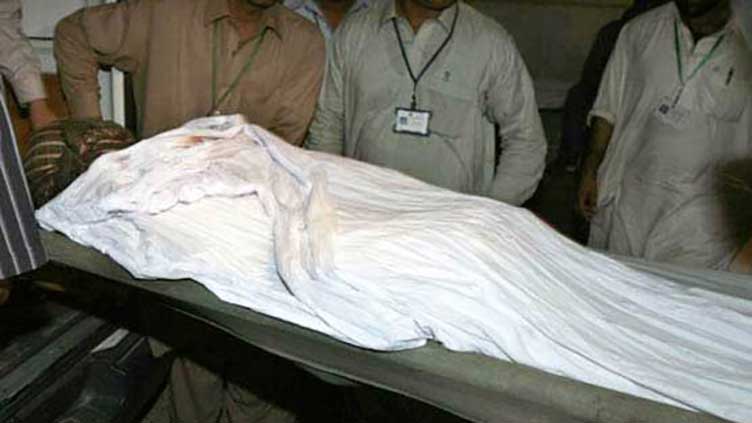 PESHAWAR (Dunya News) - An absconder’s brother mysteriously died in the custody of Daudzai police in Peshawar.

According to police, the suspect in custody snatched the official rifle from a policeman and shot himself. While, the relatives took the position that the accused was killed by the police in custody. The victim was hidden in the residence of a local after a raid by court bailiffs, they said.

The heirs were enraged at the death of the young man and reached the police station in large numbers.

Police handed over the body to the relatives after the post-mortem. They had taken the victim into custody after his absconder brothers could not be found.

Why did the young man grab the rifle and shoot himself when he could have easily escaped, added police.

Furthermore, the family even protested strongly along with keeping the body of the deceased on the road and demanded an FIR to be registered against the SHO, otherwise the deceased will not be buried.

As per police, the constable who was found guilty of negligence was suspended.