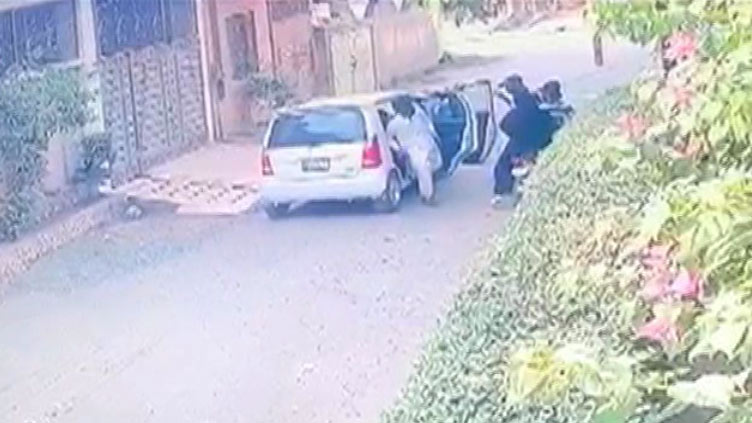 Police have registered case of the kidnapping.

LAHORE (Dunya News) – Unidentified men have kidnapped a girl from Shadbagh area of the provincial capital of Punjab.

Accoridng to details, the student was returning home after taking exam with her brother when armed men stopped the siblings midway.

As soon as the motorcycle stopped, two armed men got out of the car. One of them grabbed the girl’s hand and forced her into the vehicle, while the other man pointed a gun at her brother and prevented him from rescuing his sister.

After abducting the teenager, the men can be seen driving away from the crime scene.

Meanwhile the police said that it has detained some suspects including father of the abductor as well as the accomplice who provided the weapon.

One of the suspects in the CCTV footage was the girl’s ex-fiancé identified as Abid.

The Lahore High Court (LHC) took notice of the kidnapping as well. Chief Justice Muhammad Ameer Bhatti ordered the inspector general of Punjab to recover the teenager by 6pm today and present a report on the investigation in court.