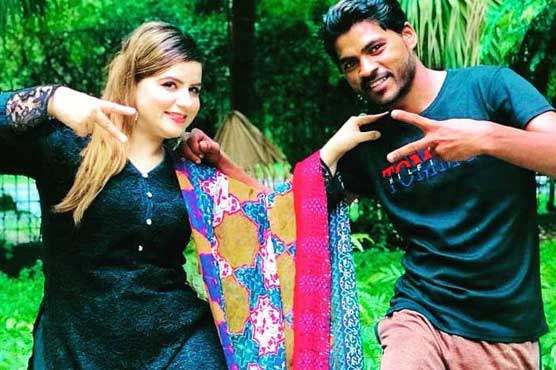 LAHORE (Dunya News) – A key progress has been made in Greater Iqbal Park tragedy as police have arrested female Tiktoker Ayesha Akram’s friend Rambo for allegedly manhandling and harassing her at Minar-e-Pakistan on Independence Day on Friday.

Earlier, further revelations had been surfaced in Greater Iqbal Park tragedy. Female TikToker Ayesha Akram, who was allegedly manhandled and harassed at Minar-e-Pakistan on Independence Day, was blackmailed and taken to Minar-e-Pakistan.

According to the privy sources, a 13-member gang had been blackmailing Ayesha Akram over her semi-nude pictures for two years. She was blackmailed and taken forcibly to Minar-e-Pakistan which later led to the tragic incident.

The sources said that a gang of 13 people along with other accomplices allegedly harassed and manhandled Ayesha and tore her clothes during the tragedy of Minar-e-Pakistan. “The female Tiktoker had revealed after reaching in the office of DIG Investigations at 1am night in her written statement,” it added.

The sources also said that DIG Investigation Sharq Jamal Khan formed two teams headed by the SP city Investigation to arrest the main accused. In her statement, Ayesha Akram also mentioned that she had told the whole true story to the SP city investigation which was changed a month ago.

The sources further said that the Lari Adda investigation police raided the house of the well-known Tiktoker Badshah in Rawalpindi but the accused fled before the police arrived while Ayesha Akram had been blackmailed by 13 people for 2 years.

On August 14, the female TikToker was assaulted and harassed at Minar-e-Pakistan by a mob of nearly 400 men.