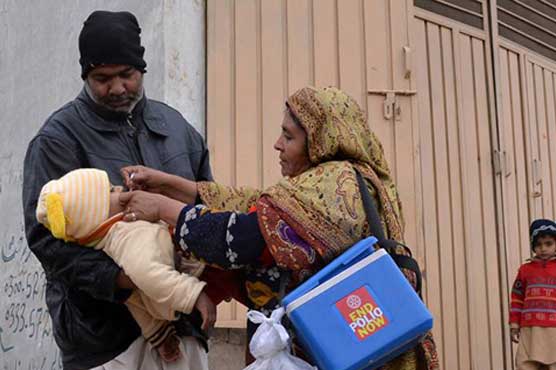 Police officers said that a case has also been registered on the appeal of health department.

According to details, the workers were on duty in Christian colony when some unidentified suspects tried to harass them and tortured them on resistance.

Getting information about the incident, the locals captured one suspect Akash and handed him over to police after which investigation into the matter was launched.

Police officers said that a case has been registered on the appeal of health department.

Efforts to eliminate polio in Pakistan have been complicated in recent years, as polio workers have faced attacks by militants who say the health teams are Western spies, or that the vaccines they administer are intended to sterilise children.

In January, a suicide bomber killed at least 15 people outside a polio eradication centre in the restive western city of Quetta, with two militant groups claiming responsibility.