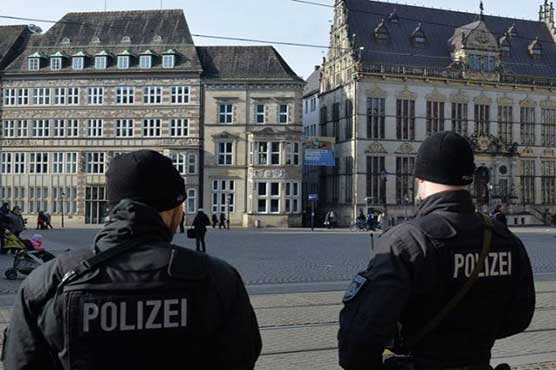 The 27-year-old man who was stabbed in the hip died in hospital after suffering massive blood loss.

MOSCOW (AFP) - A Russian has been detained after drunkenly stabbing to death a man who had just helped save his wife from drowning, investigators said Monday.

The crime took place on Saturday evening when the 51-year-old culprit and his wife were drinking on the shore of Siberia’s Lake Baikal, the world’s deepest freshwater lake around 4,400 kilometres (2,730 miles) east of Moscow.

The couple went swimming and the woman got into difficulties, but a group of young men nearby heard her screams and helped her husband pull her out, investigators for the eastern Siberian Buryatia region said in a statement.

But "despite the fact that the men had rushed over and practically saved the life of his wife," the man started drunkenly shouting at the rescuers and pushing one of them, investigators said.

As the group of young men revived the woman and took her over to a campsite, the husband ran off and fetched a knife, investigators said, based on witness testimony.

He then ran up and "threatened them with reprisals". As the rescuers tried to disarm him, he stabbed two of them, one in the hip and one in the neck.

The 27-year-old man who was stabbed in the hip died in hospital after suffering massive blood loss, while the other survived.

Investigators said the attacker’s actions were "not only criminal but also quite immoral," which "could significantly increase the sentence".

The detained man is claiming self-defence. He is charged with severe bodily harm leading to death and could serve up to 15 years in jail.

Investigators said he had used drugs as well as alcohol.

In the first half of this year, 35 percent of all crimes in Russia were committed by people who were drunk, according to the interior ministry.

Kerry presses on with Russian talks on Syria despite Aleppo setbacks