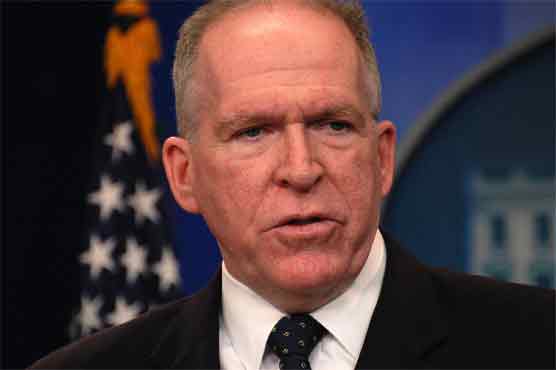 The US drone war against Al-Qaeda will on Thursday face an inquiry before Senate.

WASHINGTON - The hard-nosed architect of the US drone war against Al-Qaeda, John Brennan, will on Thursday face difficult questions about secret assassinations from senators weighing his nomination to lead the CIA.

Brennan s confirmation hearing before the Senate Intelligence Committee thrusts a rare public spotlight on President Barack Obama s covert drone use and associated missile strikes, which have become a hallmark of his presidency.

On the eve of the hearing, Obama bowed to pressure from lawmakers and handed over a secret memo that outlines the legal justification for killing Americans abroad if they are suspected of plotting with Al-Qaeda.

Some Senate Democrats and Republicans have long demanded the document and had threatened to delay confirming Brennan as the next director of the Central Intelligence Agency over the issue.

The Obama administration has sought to shroud the raids in secrecy but the threat of lawsuits and frustration from Congress has put pressure on officials to publicly defend the drone campaign.

Although Brennan is expected to be approved as the new head of the CIA, some senators see the hearing -- which is due to start at 2:30 pm (1930 GMT) -- as a chance to question him on the legality of drone use.

He is also expected to be quizzed on other aspects of the open-ended war against Al-Qaeda-linked militants.

Last year, the Justice Department had provided lawmakers with a summary of the secret legal opinion justifying targeting Americans, but members of the intelligence and judiciary committees had demanded the original document.

The secret memo was used as the legal basis for a controversial September 2011 drone attack in Yemen that killed the extremist cleric Anwar al-Awlaki and another target Samir Khan.

The missile strike sparked concerns because Awlaki and Khan were US citizens who had never been charged with a crime.

Obama s aides argue that drone strikes are effective and only carried out after careful review. They insist that hundreds of strikes in hotspots such as Pakistan and Yemen comply with US law and the Constitution, even when no intelligence links a designated target to an imminent terror plot.

But human rights groups accuse Obama of abusing his executive powers and violating his campaign promises by adopting the same secretive approach to the "war on terror" as his predecessor, George W. Bush.

Brennan, 57, a veteran of the CIA, where he worked for 25 years, currently serves as Obama s counter-terrorism adviser and is widely seen as the most influential figure in the administration when it comes to the drone war.

"John has been the czar of American counter terrorism for the last four years. He has been central to every decision and a key interlocutor with foreign governments, especially the Saudis," Bruce Riedel, a former CIA officer and a fellow at the Brookings Institution think tank, told AFP.

Critics paint Brennan as running roughshod over legal concerns and presiding over a shadow war in which the US president wields enormous power but is not held accountable by the courts, Congress or the public.

Senators "should not vote on his nomination until all Americans know whether the decisions Brennan made at CIA headquarters and in his White House office comply with our laws and uphold basic American values," said Christopher Anders, senior legislative counsel for the American Civil Liberties Union.

But former officials and colleagues say Brennan is no villain and instead has exerted a restraining influence, rejecting requests for broader strikes from the CIA and the military and pushing through stricter rules to avoid a local backlash or civilian casualties.

Some commentators have called for placing the drone strikes entirely under military control, to make the raids more transparent and remove the "covert" authority that imposes veil of secrecy.

Known for his relentless work ethic, Brennan, a former CIA station chief in Saudi Arabia, was on a shortlist for the CIA director s job when Obama entered office in 2009.

But he bowed out in the face of opposition over his role when the US spy agency used harsh interrogation methods, including waterboarding, that have been widely condemned as torture.

In his written responses to the intelligence committee before the hearing, Brennan said he was aware of the interrogation methods but had no role in their "creation, execution or oversight."