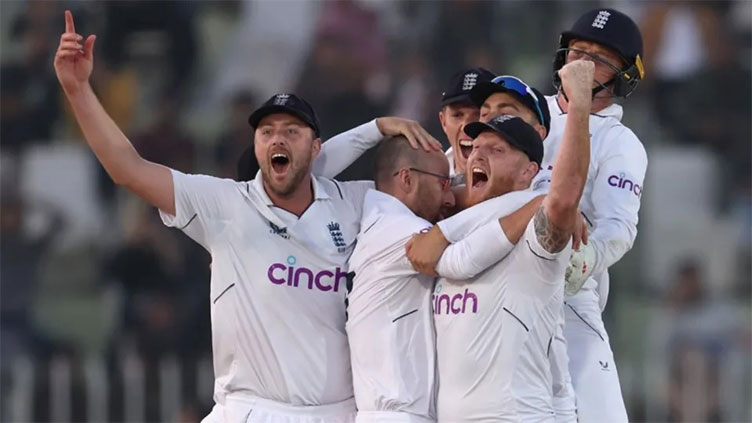 ABU DHABI (Web Desk) - The ICC has rescinded the demerit point it had handed out to the Rawalpindi pitch after Pakistan s first Test against England last December.

The surface used at the Rawalpindi Cricket Stadium was deemed "below par" by match referee Andy Pycroft, the second successive Test pitch at that venue to have been given that rating.

However, the PCB under new chairman Najam Sethi, had appealed against the ICC s decision earlier in January. The ICC said its appeal panel reviewed footage from the match and unanimously concluded that the pitch had "several redeeming features", and felt the pitch did not deserve the "below average" rating.

The fact that 37 out of 40 wickets were taken and that the match had a result were among the "redeeming features", the ICC said.

In the match, England scored 657 in the first innings at a run rate of 6.50, before Pakistan fought back with a score of 579. In their second innings, England raced to 264 for 7 in even quicker time, striking at over 7 runs per over, before declaring and setting Pakistan a target of 343.

Pakistan nearly held on for a draw, but England managed to bowl them out late on the fifth day to win by 74 runs.

Ramiz Raja, who was the PCB chairman at the time, had said that the pitch was "embarrassing".

He told reporters then: "It is embarrassing for us, especially when you have a cricketer as chairman. This is not a good advert for cricket. We re a better cricketing nation than this."

This was the second demerit point Rawalpindi had received in 2022, following the one it got for the Test against Australia in March.