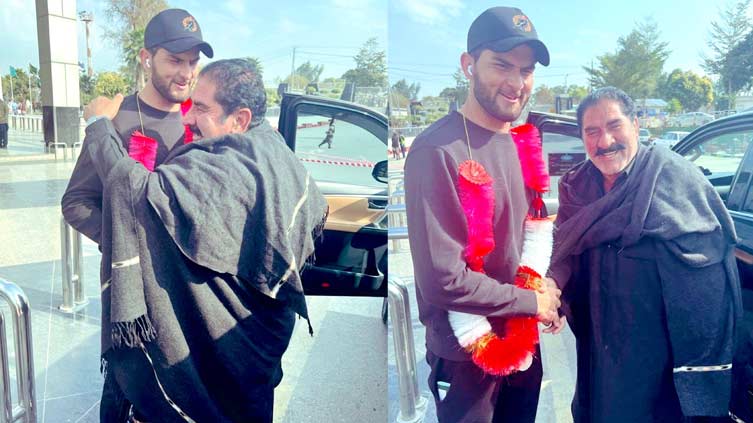 Afridi’s pictures has been shared on Twitter from the account of Shan Afridi in which he can be seen hugging his father on the airport. Shaheen was warmly welcomed and garlanded by his father.

Earlier, Shaheen shared a picture of himself in which he could be seen standing in front of the Holy Ka’ba and captioned his picture with "Alhamdulillah". His fans, friends and colleagues congratulated him on his social media posts.

The 6-foot-6-inch bowler is all set to tie the knot on Feb 3, according to his family, to his betrothed Ansha Afridi, who is the daughter of PCB’s interim chief selector Shahid Afridi.

Both families have started preparations for the wedding ceremony.

After nikah, Shaheen will get busy with the eighth edition of the Pakistan Super League (PSL) as the team had announced their captain is fit to lead the team in upcoming edition.