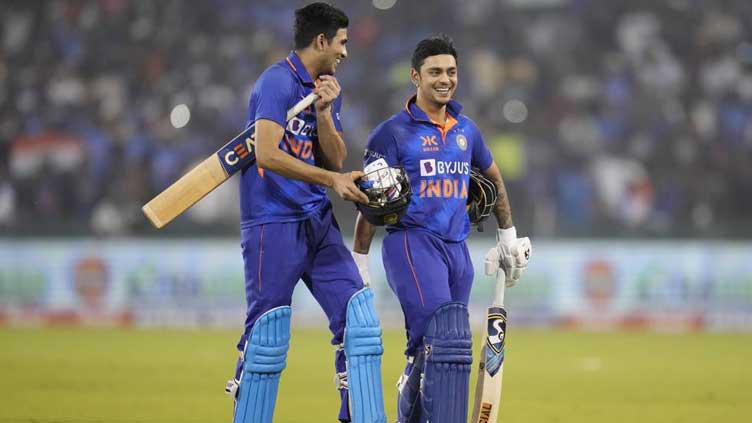 RAJPUR (AP) — New Zealand crashed to its third-lowest total against India as the hosts sealed an eight-wicket win in the second one-day international on Saturday.

The Indian pacers put up a stunning display to bowl out New Zealand for 108 runs (34.3 overs). Mohammed Shami took 3-18 in six overs.

India thus took an unassailable 2-0 lead in the three-match series. It had won the first ODI in Hyderabad by 16 runs.

Put in to bat, New Zealand got off to a horrific start. Shami bowled Finn Allen for a five-ball duck and later accepted a return catch from Daryl Mitchell (1).

Shardul Thakur dismissed skipper Tom Latham for one as New Zealand was reduced to 15-5 in 10.3 overs.

Michael Bracewell (22) and Glenn Phillips added 41 runs for the sixth wicket to prevent total embarrassment from the visitors.

Shami had Bracewell caught behind in the 19th over to make it 56-6. Mitchell Santner (27) added another 47 runs with Phillips as New Zealand crossed 100.

Phillips top-scored with 36 off 52 balls. Pandya bowled Santner to finish with 2-16 from six overs.

In reply, Sharma and Gill coasted to a 72-run opening stand. Sharma scored his half-century off 47 balls, including seven fours and two sixes. He was out lbw to Henry Shipley (1-29).

Mitchell Santner (1-28) added another wicket as Virat Kohli was stumped for 11 runs.

Gill and Ishan Kishan (8 not out) added the remaining runs to take India to an easy series’ win. The third ODI will be played in Indore on Tuesday.