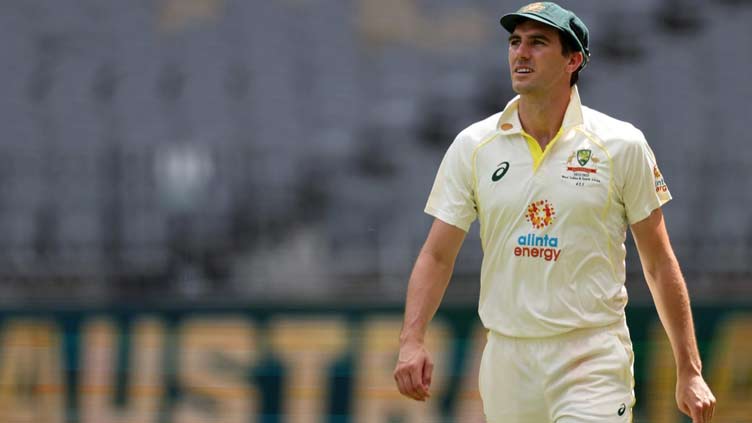 PERTH (Reuters) - Australia captain Pat Cummins says he feels fine after a quad strain prevented him from bowling in the fourth innings of his side s win over the West Indies in the first test, but admits he must prove his fitness before the next test starts on Thursday.

Off-spinner Nathan Lyon picked up six wickets in the second innings, shouldering the additional workload with his side s premier fast bowler nursing an injury.

"(It s) just a small strain, normally about a one-weeker. If you bowl it could make it worse and make it longer," Cummins told reporters.

"I don t really want to turn a one week injury into a three or four week injury and potentially miss the summer."

Cummins took his 200th test wicket on the way to 3-34 in the West Indies first innings, but spent the first 36 overs of their second off the field as Steve Smith deputised as captain.

He returned late on day four, but limited himself to fielding and looked particularly uncomfortable chasing one ball to the boundary rope.

"I ve got to probably prove myself and have at least one bowl", the 29-year-old said about his preparation for the day-night test in Adelaide.

"I m not too bothered but hopefully I pass the fitness test and I m good to go.

"We re just working through now whether we bring in a couple of other people, just as cover over the next couple of days."

A likely replacement would be Scott Boland, who has 18 test wickets at an average of 9.55 including an astonishing haul of 6-7 against England in Melbourne last year.

Meagre attendances plagued the Perth test, which Cricket Australia scheduled to start on a Wednesday, as fatigued fans tuned out after three months of limited-overs matches.

Few were in attendance to see the final wicket fall, especially disappointing given ticket prices were slashed to one dollar for the last day.

"I always like to see bigger crowds but they were great, those who turned out," Cummins said.