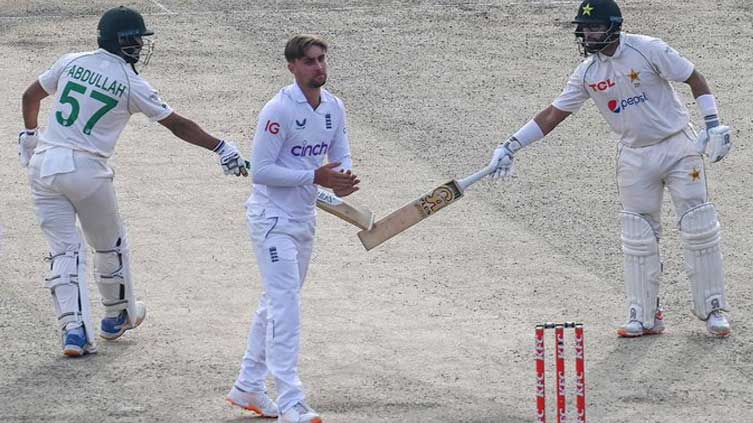 RAWALPINDI (Web Desk) - The Pakistan Cricket Board (PCB) has drawn the flak for failing to prepare a good pitch for the first Test match between Pakistan and England in Rawalpindi.

In his tweet, the former information minister while taking a dig at pitch of the Test match between Pakistan and England, said it was "lifeless". He said the makers of the pitch had not planned anything just as the makers of the current political setup.

Mr Chaudhry added that they did not bother what the public would think about the pitch. He also hoped that the officials concerned would make a better pitch for the next Test match to ensure a level playing-field.

Cricket fans from Pakistan and around the world have been left unimpressed and Pakistan Cricket Board (PCB) Chairman Ramiz Raja has come under fire for the pitch preparation.

Meanwhile, commentator Nasser Hussain described the pitch as an "absolute road" while former cricketer and commentator Michael Vaughan said it was a "shocking pitch for Test cricket".
PCB Chairman Raja said it was "embarrassing for us". "We live in the dark ages of pitches in Pakistan," he told reporters, adding, "it’s embarrassing for us, especially if you have a cricketer as chairman. I have not cracked the code regarding a Test match pitch."

He also said, "We are still years away from creating a good five-day pitch".