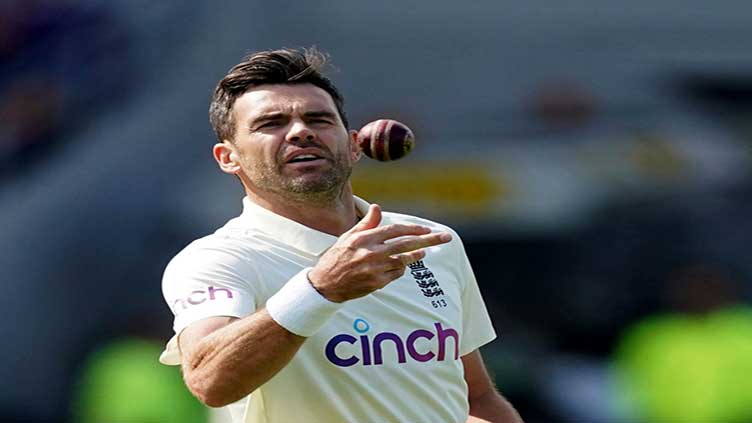 (AFP) - Wily pace bowler James Anderson vowed Tuesday to continue the aggressive style England have adopted recently despite the likelihood of bowling on unresponsive pitches for the Test series against Pakistan.

Anderson is the only survivor of England s last series in Pakistan -- in 2005 -- and while he didn t play then, the 40-year-old will spearhead England s attack in the first Test starting Thursday.

Asked what his target would be on low and slow pitches, Anderson replied: "Taking wickets".

Despite his age, Anderson has been the key to England s six wins from seven under the new leadership of Ben Stokes and Brendon McCullum.

"The introduction of Ben as captain and Brendon as coach has also helped in terms of thinking outside the box," said Anderson

"In terms of field settings and plans that you use on the field... I think we might have to, maybe, think outside the box a little bit over the next few weeks."

Anderson said there was an art to taking 20 wickets to win a Test.

"The challenge is trying to try to find something in unresponsive pitches -- that is the sort of skill of being a Test cricketer who plays all around the world."

Anderson has 667 wickets from 175 Tests, eclipsed only by Sri Lankan Muttiah Muralitharan (800) and Australian Shane Warne (708).

Anderson said he was delighted to be back in Pakistan.

"We know how many cricket fans are in Pakistan and how much they love and support not just Pakistan cricket team, but cricket in general around the world," he said.

"It s amazing... thank you on behalf not just of myself, but the whole team for the welcome we ve had."

Anderson also praised Pakistan as an outfit, capable of challenging anyone in all formats of the game.

"We know how good they are," he said.

Anderson said England would be paying special attention to Pakistan skipper Babar Azam, one of the world s top batsmen.

"We re well aware how important a wicket Babar is for Pakistan," said Anderson.