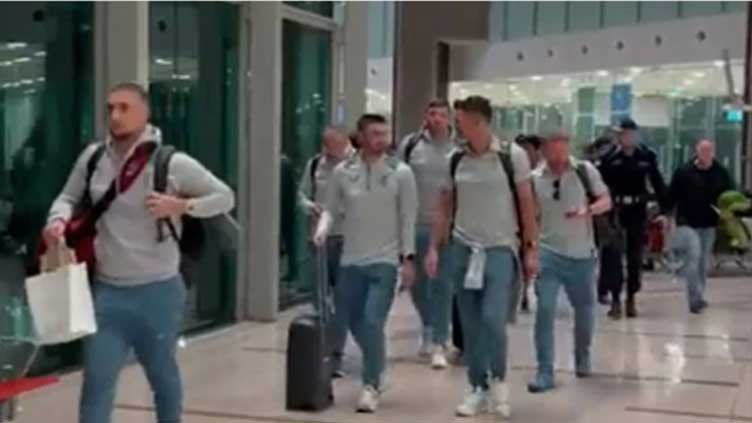 Pakistan Cricket Board (PCB) officials welcomed the England player at the Islamabad International Airport as they stepped on the soil of the South Asian country after a long period.

The team will take rest on Sunday and will start its practice session from Monday ahead of the first Test scheduled to be played in Rawalpindi from December 1 to 5.

The second game of the series will be played in Multan (December 9-13) while Karachi will host the final match from December 17-21.

Mystery spinner Abrar Ahmed and fast bowler Mohammad Ali have been rewarded for their strong first-class performances with maiden Test call-ups on the back of their thrilling performance in Quaid-e-Azam Trophy editions.