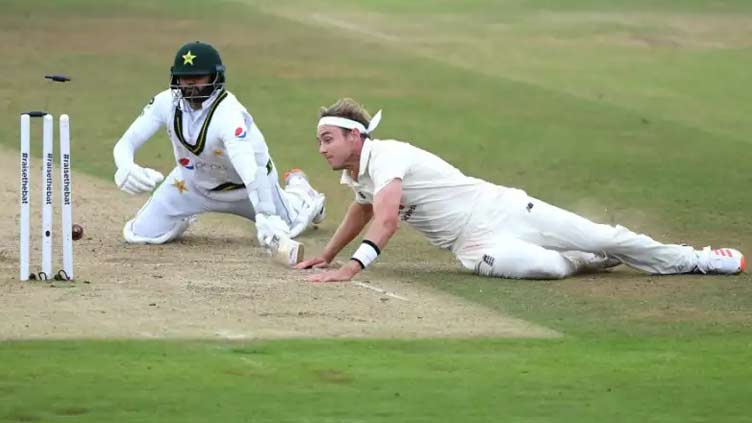 During the meeting, Imran Khan was informed that the English team is arriving Pakistan on November 27 after 17 years and the first Test is scheduled to be played in Rawalpindi from December 1.

Imran Khan assured Ramiz Raja and Christian Turner that the Test series wouldn’t be affected because of PTI long march or sit-in and said that preparations should continue as the Pindi Test will not be harmed.

On the other hand, a delegation of the British Embassy also visited the Rawalpindi Cricket Stadium in connection with the Test cricket series between Pakistan and England.

On Monday, Pakistan have announced their 18-member squad for the upcoming three-match World Test Championship series against England. The Pakistan Cricket Board (PCB) received a green signal to host the first Test in Rawalpindi from December 1.

The England team will arrive in Pakistan on November 27 for the much-anticipated tour.

The second Test moves to Multan starting on December 9. The third and the final Test will take place at the National Stadium in Karachi, commencing on December 17.

This series will be crucial for Pakistan to keep their hopes alive for making it to the final of ICC World Test Championship 2021 – 2023. The Baba Azam-led unit is currently on fifth place in the WTC standings with a point percentage of 51.85.

Rauf’s terrific show in the shorter formats have earned him a call-up as well. The conditions are going to be different from the spin-friendly UAE, where Pakistan spent a decade and a half ‘hosting’ Test matches. Earlier this year, Mitchell Starc, Pat Cummins, Shaheen Shah Afridi, and Naseem Shah could all reverse-swing the ball while bowling at great pace – so why not pick Rauf, who has been doing that with the white ball for years now? It makes sense.

The injured Shaheen was not expected to return for the series, but there were three other omissions as well. Since the start of 2019, Yasir Shah, the man with the fifth-most Test wickets for Pakistan, has taken 41 wickets at 46.43 from 14 Test matches. His ordinary show at the ongoing Quaid-e-Azam Trophy (14 wickets at 43.71) have not helped his cause either.