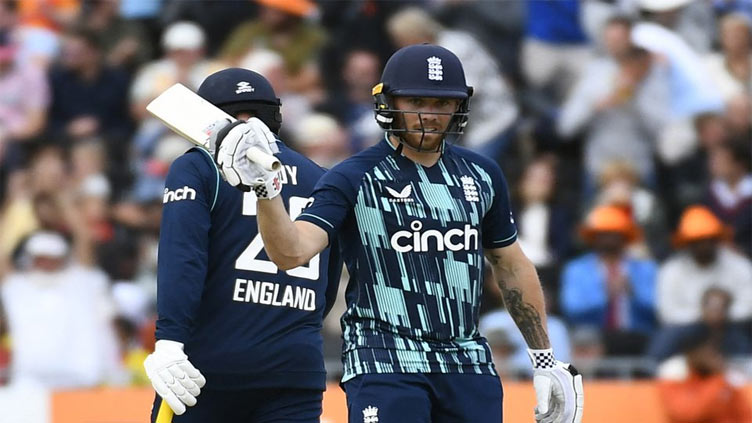 (Reuters) - England beat Netherlands by six wickets in the second match of their ODI series on Sunday but were made to work much harder than in their spectacular record-breaking opening win.

Any chance of breaking the ODI batting record they set on Friday, when they smashed 498-4 in a 232-run victory, were banished as the Dutch won the toss and batted first.

After rain delayed the start in Amstelveen, the hosts put on 235-7 in their 41 overs with Tonga-born Scott Edwards scoring 78 off 73 balls to the delight of the home fans.

England appeared to be cruising to victory when Jason Roy (73) and Phil Salt (77) put on 139 for the opening wicket.

But both were removed by Aryan Dutt while England captain Eoin Morgan went for a duck for the second time in three days and Liam Livingstone was bowled for four by Tim Pringle.

But England were never in any real danger and Dawid Malan and Moeen Ali saw the visitors home with 29 balls to spare.

On Friday, Jos Buttler, Malan and Salt all notched up centuries while Livingstone scored England s fastest ODI fifty (17 balls) as they eclipsed their previous record of 481 against Australia in 2018.