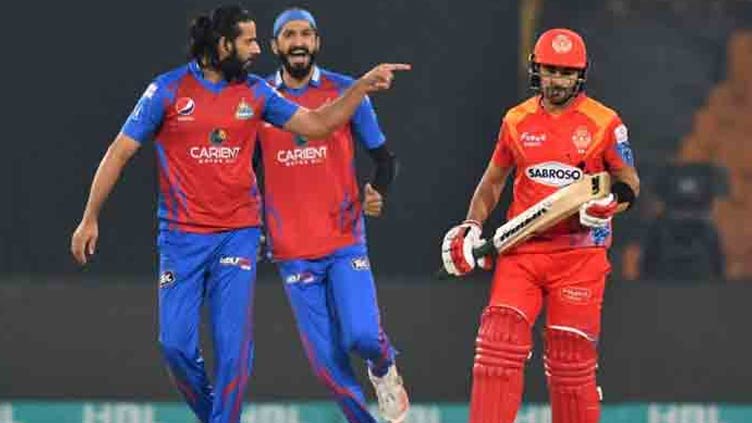 LAHORE (Dunya News) – Pakistan Cricket Board has fined Karachi Kings all-rounder Imad Wasim 5% of his match fee for a level 1 breach of the Pakistan Super League (PSL) Code of Conduct during his side’s one-run defeat against Islamabad United in the 21st match at the Gaddafi Stadium on Monday night.

Imad was found to have violated Article 2.5 of the PSL Code of Conduct for Players and Player Support Personnel, said a spokesman of the PCB here on Tuesday

The article relates to “using language, actions or gestures which disparage or which could provoke an aggressive reaction from a batter upon his/her dismissal during a PSL match”.

The incident happened in the first over of the match after Imad had Rahmanullah Gurbaz caught by Babar Azam at mid-off after the opener had hit the left-arm spinner for two sixes in three balls.

Imad admitted the offence and accepted the sanction proposed to be imposed by Ranjan Madugalle and, as such, there was no need for a formal hearing.

All first-time offences of Level 1 breaches carry a minimum penalty of an official warning and/or imposition of a fine of up to 25 per cent of the applicable match fee.