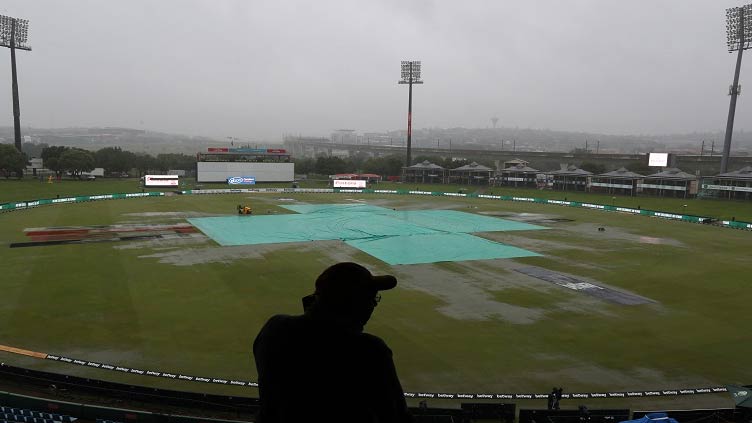 PRETORIA (Reuters) - No play was possible on the second day of the first test between South Africa and India at Centurion Park on Monday as heavy rain meant frustration for both sides seeking to gain the upper hand in the three-match series.

India were to resume on an imposing 272 for three, but persistent rain meant the umpires called the day off at 1400 local time (1200 GMT) with no prospect of play.

Better weather is forecast for Tuesday and Wednesday, but India will have to quicken the pace of their innings if they are to drive home their advantage.

Opener KL Rahul was superb on Sunday as he made an unbeaten 122 and when play resumes he will be joined at the crease by Ajinkya Rahane on 40.

They will want to post a big first-innings score and potentially bat only once in the test if they are not to run out of time in their quest for victory.

South Africa will feel in the match too if they can wrap up the Indian innings quickly on the third day, but will have to bowl a lot better than on Sunday, when only seamer Lungi Ngidi (3-45) was among the wickets.

India are seeking a first test series win in South Africa with matches in Johannesburg and Cape Town to follow.