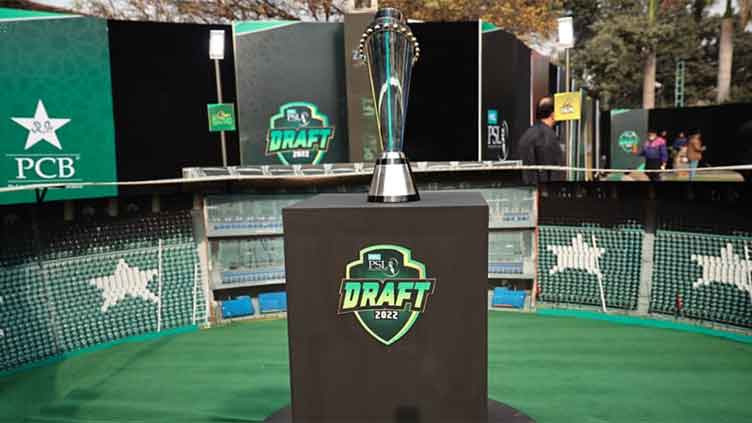 LAHORE (Dunya News) – The cricket gala of Pakistan Super League 7 (PSL7) is about to begin as the draft ceremony of selecting 425 players out of 32 countries all across the globe took place on Sunday.

The Mega event will start from 27 January during which 34 matches will be played. According to the drafting policy every team will be allowed to retain 8 players. Islamabad United, Karachi Kings, Lahore Qalandars and Peshawar Zalmi decided 8 players each; meanwhile, Quetta Gladiators and Multan Sultans finalized 7 players so far. Moreover, in every franchise’s 18 main squad three players from Platinum, Diamond and Gold categories will be added.

In every team 5 players from silver, 2 from emerging and 2 from supplementary category will be selected. The franchise was directed to follow the recommendations and select the players accordingly.

In the platinum category Lahore Qalandars is at first pick. Multan Sultans at second, Karachi Kings at third, Islamabad United at fourth, Peshawar Zalmi at fifth and Quetta Gladiators at sixth.

While addressing the PSL7 draft ceremony, Chairman Pakistan Cricket Board (PCB) said that the relationship between franchise owners and cricket board is significant.

He added that PCB aims to make PSL7 most successful league across the world. He went on to extend gratitude to all franchises and sponsors for their efforts.

These players will join Imran Tahir, Mohammad Rizwan, Khushdil Shah, Rilee Rossouw, Shan Masood, Shahnawaz Dahani and Sohaib Maqsood who were retained earlier in the week for the seventh edition of the tournament that will be played in Karachi from 27 January to 7 February and 10-27 February in Lahore.

England all-rounder Chris Jordan has returned to Karachi Kings in the Platinum Category after missing the 2021 campaign. The side also opted for England’s Lewis Gregory and Tom Abell, as well as Pakistan U19 captain Qasim Akram.