Australia must control their own fate at T20 World Cup: Finch 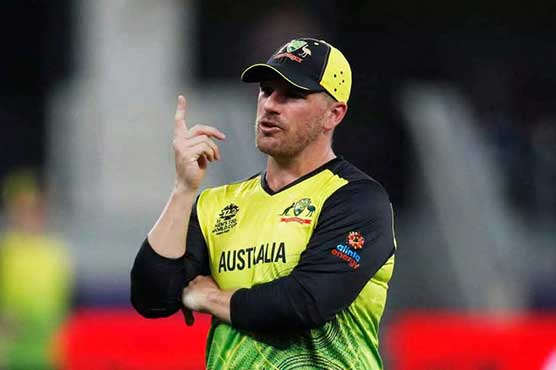 Australia must control their own fate at T20 World Cup: Finch

Australia's eight-wicket win over Bangladesh in 6.2 overs moved Finch's side

(Reuters) - Australia must not leave their fate in the hands of other teams at the Twenty20 World Cup and will have to put West Indies to the sword on Saturday to ensure they qualify for the semi-finals, captain Aaron Finch said.

Australia s eight-wicket win over Bangladesh in 6.2 overs moved Finch s side to second in the group behind England and ahead of South Africa on net run rate ahead of the final set of Super 12 fixtures.

Australia and South Africa both have six points and Finch said they did not want to rely on the result of the Proteas  game against England, which follows their match against the already eliminated West Indies on Saturday, to qualify.

"Behind the scenes we made a conscious effort not to talk about net run rate and things like that," Finch told reporters on Friday.

"We d love to keep things in our control. If you start hoping other teams win or lose, it clouds your judgement and vision. We ll stick to our guns because we know that s good enough when we get it right.

"West Indies is such a dangerous side ... Obviously with them being out of the competition now they ve got nothing to lose, which can also be a really dangerous spot."

Adam Zampa picked up five wickets to help skittle Bangladesh for 73 on Thursday and Finch said the leg-spinner, who has 10 victims in the tournament so far, is a "huge weapon". "He s someone who s been so consistent over the last couple of years in both white ball formats of the game," Finch said.

"He often bowls maybe sometimes one (over) in the powerplay but then he ll bowl straight after the powerplay. He puts so much pressure on opposition. "What s been the most important thing is he gets very, very good players out consistently."

The Caribbean side were knocked out of the competition after a 20-run defeat by Sri Lanka on Thursday. "It really helps with the overall performance, with having consistent batters in the team and having players who put up their hands more times than not," Hetmyer said. "That will really help in us going forward knowing we have another World Cup coming up pretty soon."