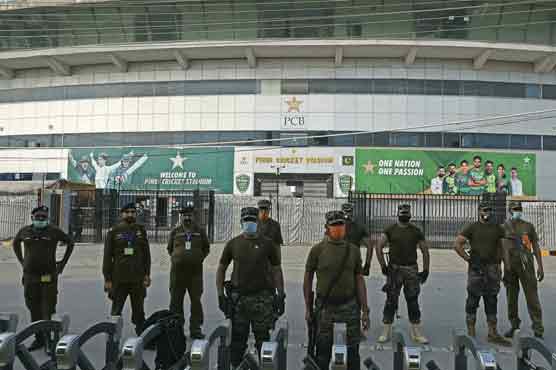 "Which world is NZ living in?? NZ will hear us at ICC."

RAWALPINDI (AFP) – The Newly-appointed Pakistan Cricket Board (PCB) Chairman Ramiz Raja has hinted that Pakistan will take the matter of New Zealand’s abrupt decision to abandon the series to the International Cricket Council (ICC).

“Walking out of the tour by taking a unilateral approach on a security threat is very frustrating. Especially when it’s not shared!!” tweeted Raja, appointed Monday as the new PCB chairman.

Raja, a former Pakistan captain, indicated the matter would be taken to the International Cricket Council.

“Which world is NZ living in?? NZ will hear us at ICC.”

Pakistan and New Zealand, the world’s top-ranked ODI team, were due to play three one-day internationals in Rawalpindi, followed by five Twenty20 matches in Lahore.

The tourists’ decision to abandon the series came after “an escalation in the New Zealand government threat levels for Pakistan”.

Arrangements were being made for the team to leave the country, New Zealand Cricket said.

Friday’s move was a massive setback to Pakistan, which has been trying to revive tours by foreign sides after home internationals were suspended in the aftermath of a 2009 terror attack on the Sri Lankan side.

The England and Wales Cricket Board said it would decide in the next 48 hours whether to withdraw from a tour planned for next month.

Read: New Zealand call off Pakistan series: Reactions galore from fans and others

“Extremely disappointed on the abrupt postponement of the series, which could have brought the smiles back for millions of Pakistan cricket fans,” current Pakistan captain Babar Azam tweeted.

“I’ve full trust in the capabilities and credibility of our security agencies. They are our pride and always will be!”

“We will rise from this. And soon... Not the first time we’ve been pushed against the wall. Unnecessary and uncalled for decision by Blackcaps,” he wrote on social media.

Shoaib also referenced Pakistan’s tour of New Zealand at the end of last year “in the worst of Covid circumstances regardless of the crude treatment by NZ authorities on that tour.”

Mohammad Amir, who retired from international cricket in 2020 but has hinted at a possible return, suggested New Zealand’s withdrawal was an “act (that) will bite you in future for sure”.

“Over the last 6 years playing and visiting Pakistan has been one of the most enjoyable experiences. I’ve always felt safe,” said Sammy, who played in the Pakistan Super League with Peshawar Zalmi before taking over as head coach last year.