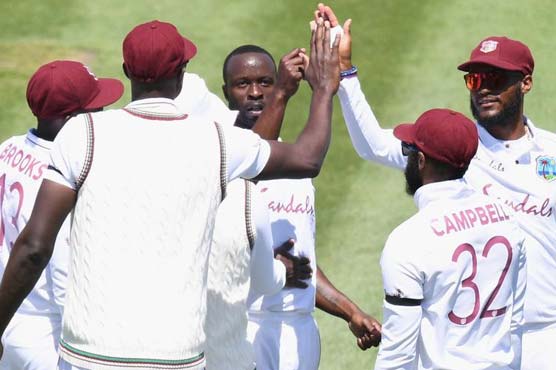 "It's disappointing to find out there's nothing done and we have to start from scratch here."

KINGSTON, Jamaica (AFP) - West Indies and Pakistan commence a two-Test series at Sabina Park in Jamaica on Thursday with head coach Phil Simmons concerned about the readiness of the home players for what is expected to be a formidable challenge from talented but mercurial opponents.

With the vulnerability of the hosts’ batting mercilessly exploited by South Africa two months ago in a similar two-Test duel in St Lucia, Simmons made clear his displeasure on Monday that most of his Test match specialists did very little, if anything, while away from the international scene.

Over th past six week the Windies took on the South Africans, Australians and Pakistanis in a succession of limited-over fixtures.

“A lot of the players said they didn’t get any work done in their home territories before this camp and the four-day game,” said the former West Indies all-rounder following a four-day warm-fixture ahead of the opening encounter.

“It’s disappointing to find out there’s nothing done and we have to start from scratch here.”

That is not an encouraging sign going into the series, especially if the pitches for the two matches at Sabina Park have anything like the pace and bounce of the Daren Sammy Stadium.

Kraigg Brathwaite’s team were thrashed by the Proteas in consecutive matches with the pace trio of Kagiso Rabada, Anrich Nortje and Lungi Ngidi obliterating a batting line-up that failed to get past 165 in four innings.

On the back of four consecutive Test wins, including convincing successes over the same South Africans on home soil, Pakistan would not appear to be burdened by similar concerns.

Back-to-back innings triumphs over an extremely weak Zimbabwe outfit in Harare in their last series could hardly be considered a reliable indicator of anticipated performance against more formidable opponents.

Given that they have already experienced much of the worst impact of the early stages of the rainy season in the Caribbean - the four-match T20 International series had just one completed fixture with the tourists prevailing by seven runs in Guyana - Simmons’ Pakistan counterpart Waqar Younis will nevertheless be concerned about his team’s readiness for the traditional format of the game even if recent history suggests that they have the proven quality to overcome their beleaguered opponents.

While he did not feature in the Zimbabwe series and claimed just one wicket in his last Test, against South Africa in Rawalpindi, Yasir Shah must be favoured to make a return to national duty in a part of the world where he emerged as “Man of the Series” and dramatically bowled his country to their first-ever Test series triumph in the West Indies when they last toured the region in 2017.

Interestingly, fast bowler Shannon Gabriel, the man whose dismissal by Shah in the final minutes of the series decider in Dominica four years ago sealed the historic success, is ruled out of this series as he continues to struggle with match fitness in light of the absence of domestic competition in his native Trinidad and Tobago.

It leaves senior pacer Kemar Roach to spearhead a West Indies bowling attack that, if the conditions are pace-friendly, could see promising fast bowling talent Chemar Holder playing his second Test after being inexplicably omitted since a creditable debut in New Zealand at the end of last year.

However whether the conditions favour the faster bowlers or spinners, the West Indies headache remains very much with their batting as captain Brathwaite’s struggles at the top of the order in the last two series seem to have become a template for those who follow him in the line-up.

It is an obvious vulnerability that Pakistan will seek to exploit, although their own tendencies towards the irrational and the inconsistent leave the window slightly ajar for an underdog home team to push these visitors to a degree which was completely absent amid the annihilation at the hands of the South Africans in June.