Hasan Ali eager to establish himself as an all-rounder 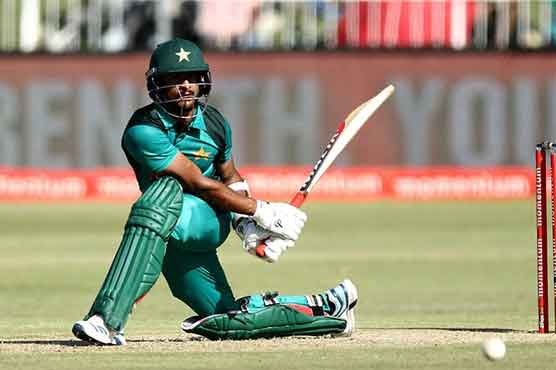 Hasan Ali eager to establish himself as an all-rounder

LAHORE (Dunya News) – Since marking his return to international cricket in January this year, Pakistan pace star Hasan Ali has demonstrated his ability to hit the ball out of the park many a time.

He grabbed the attention of the fans and followers of the game alike when he deposited England’s Matt Parkinson in the stands at the historic Lord’s on three successive deliveries in the second One-Day International.

Hasan has smashed 14 sixes and as many fours in 15 international matches and averages above 21 in this timeframe, which is almost six runs more than his career’s, and is eager to continue to improve his batting skills to establish himself as an all-rounder.

Prior to his return to Pakistan colours after recovering from an injury, which kept him out of the international game for almost 18 months, Hasan made headlines when he scored a sparkling 106 not out off just 61, smashing seven sixes and 10 fours, to help Central Punjab to tie the final of the Quaid-e-Azam Trophy 2020-21 against Khyber Pakhtunkhwa.

He looks up to the legendary cricketers in former Test captain Wasim Akram, Abdul Razzaq and Azhar Mahmood to build his game.

Hasan said on Monday : “I want to see myself as an all-rounder in all three format and I am putting in extra yards in the nets. I am inspired by Wasim Akram, Abdul Razzaq and Azhar Mahmood and want to contribute in crucial times for my team.

“I usually get to bat in death overs in T20Is and the only option I have at that point is to hit the ball hard. I am working to improve my power-hitting in the practice sessions and learning to how to score more and more runs against Yorkers, bouncers and slower deliveries.”

Hasan arrived in the Caribbean after impressive outings with the ball in England. He became the eighth Pakistan bowler to immortalise himself by making to the prestigious Lord’s honours’ board.

He took five for 51 in the second ODI before bowling an impressive spell, in which he gave only 28 runs, in the last T20I. “T20 cricket is all about variations and a good bowler should have command on bowling different variations.

I have been practicing different deliveries in the nets and am very keen to do better in the upcoming series against the West Indies. “I believe in giving everything for the team once I step in the field – whether it is by taking a wicket or hitting the ball out of the park.”

Schedule of the T20I series: