Ready to bat at any position for Pakistan, says Sohaib Maqsood 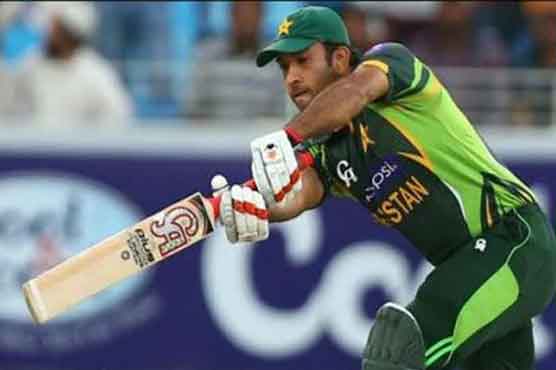 Ready to bat at any position for Pakistan, says Sohaib Maqsood

DERBYSHIRE (Dunya News) – Pakistan batsman Sohaib Maqsood on Wednesday said he is ready to bat at any position for his team.

The Pakistan team is practicing in Derbyshire to get ready for the three ODIs and three T20I series against England starting from July 8 in Cardiff.

"I played at number three in Abu Dhabi-leg of PSL 6, but in the same event, I batted at number five as well. If you look into my domestic career, I have scored a lot of runs at different batting positions, so I am available to bat at any position for my team. When you play for your country you have to think like a countryman," Masood said.

On staging a comeback in the national team after five years, Sohaib said, “I have no pressure. I know the world will not stop spinning if I loose from here. So I will opt a fearless approach. I am clear in my mind. I have nothing to lose.”

Sohaib is committed not to make mistakes again and said, “I had an issue with my shot selection earlier but I have tried to overcome on my mistakes as much as I can.”

When asked to comment on playing for the first time in England, the right-handed batsman responded, “Yes I am playing for first time in England, but the national side has been touring England for quite a while in last few years so I believe the conditions shouldn t be that difficult for us. English conditions are always good for white-ball cricket. Though England are World Champions, but we will play good cricket.”