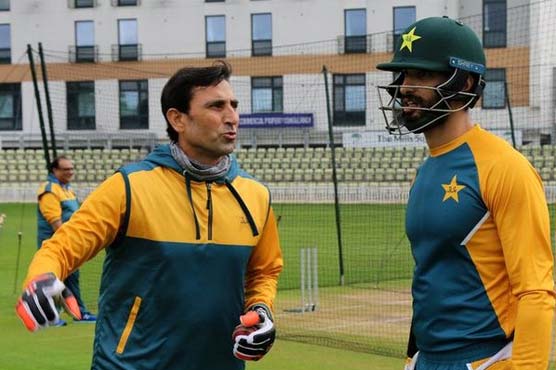 "It was unfortunate to lose an expert of Younis' stature and experience."

Commenting on the development, PCB Chief Executive Wasim Khan said both parties decided to part ways after long discussion. He said it was unfortunate to lose an expert of Younis  stature and experience.

“I want to thank Younis Khan for his contributions during his short stint as the Pakistan men’s national cricket team’s batting coach and hope he will remain available to assist the PCB by sharing his vast knowledge with the emerging cricketers,” he added.

Younis Khan was appointed to coach men’s batting in November 2020 on a two-year contract that was scheduled to run till the T20 World Cup in 2022.

Younis Khan was appointed for the role ahead of Pakistan s tour of England last year to join head coach Misbahul Haq, bowling coach Waqar Younis and spin-bowling coach Mushtaq Ahmed in the team management. It was his first appointment with the PCB since his retirement in 2017.

Pakistan had mixed results since Younis Khan took over as batting coach. In five overseas Tests in England and New Zealand, Pakistan drew two and lost three before beating South Africa across formats - both home and away - followed by a successful tour to Zimbabwe.

Younis Khan s integration into the Pakistan coaching set-up hadn t been straightforward, as the former batsman had turned down the PCB on two previous occasions. The board had earlier tried to rope him in to work at the development level at the NCA, but those talks didn t materialise into anything concrete.

In May 2019, Younis Khan was close to taking up a role as the country s Under-19 coach, but that plan, too, did not come to pass.