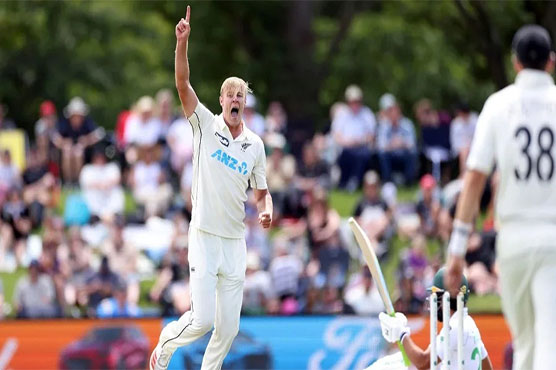 Pakistan were 134 for seven at tea on day four of second Test against New Zealand.

CHRISTCHURCH (AFP) - New Zealand paceman Kyle Jamieson was near unplayable as his second five-wicket haul of the second Test pushed Pakistan to the brink of an innings defeat on Wednesday.

Jamieson took three of the four wickets to fall after lunch as Pakistan went to tea on day four in Christchurch at 134 for seven, needing a further 228 runs to make New Zealand bat again.

The 2.3 metre (6ft 8in) Jamieson had figures of five for 33 to go with his five for 69 in the first innings to become the first bowler to take 10 wickets in a Test at Hagley Oval.

Although he is the junior member of a pace attack headed by higher-ranked veterans Tim Southee and Trent Boult, the 26-year-old Jamieson has rapidly advanced to playing a senior role.

Now in his sixth Test after making his debut against India 10 months ago, Jamieson has taken 35 wickets and has four five-wicket hauls to his credit.

When Pakistan resumed the day at one down for eight, and needing to bat for the better part of two days to salvage a draw, Boult took the first wicket when he had nightwatchman Mohammad Abbas out for three in the fifth over.

Since then it has been all about Jamieson, who removed Abid Ali for 26 to go with his dismissal of Shan Masood the previous evening and Pakistan were 69 for three at lunch.

In a potent middle session, Jamieson had Haris Sohail and Azhar Ali caught behind, and bowled Pakistan captain Mohammad Rizwan to have the tourists at 98 for six.

Sohail did not get his feet moving as he poked at a rising delivery on 15, the best score on what has been a disappointing tour for the left-hander.

Azhar had attempted to take the fight back to Jamieson, moving into a short delivery and pulling it through mid-on for four as he advanced to 37.

The boundary clearly irked the giant and in his following over, without Azhar adding a further run, Jamieson made a ball rear up towards the ribs and it was gloved to the wicketkeeper.

Rizwan was bowled for 10 by a full delivery as Jamieson worked through his variations to produce an inswinger that zipped between bat and pad.

Boult came back for his second wicket of the day when he dismissed Fawad Alam for 16, leaving Faheem Ashraf not out 21 and Zafar Gohar yet to score at tea. 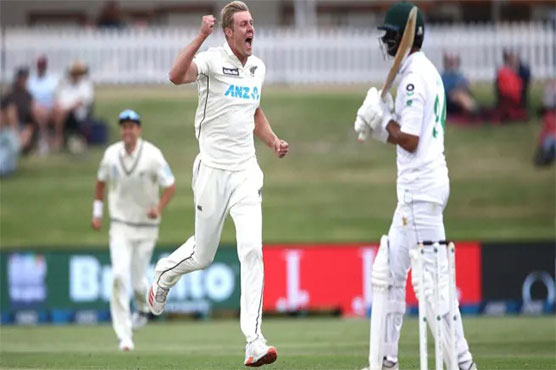 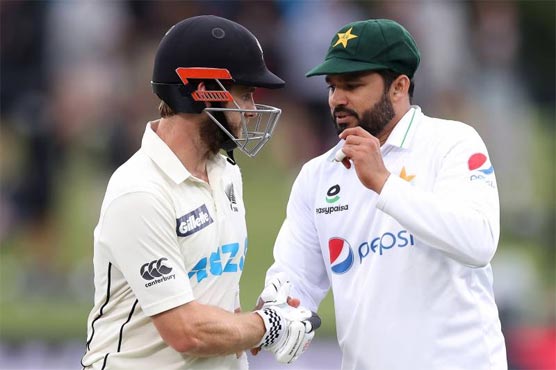 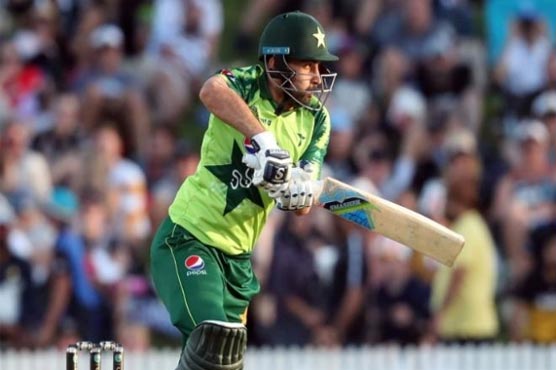 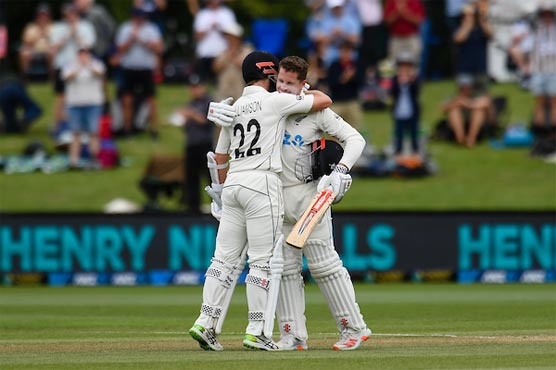