PSL 2020 edition to be held entirely in Pakistan 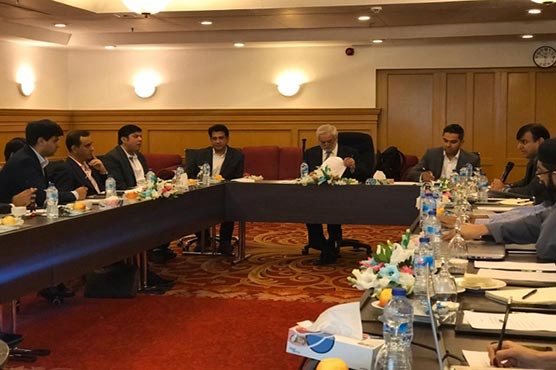 PSL 2020 edition to be held entirely in Pakistan

KARACHI (Dunya News) – Chairman Pakistan Cricket Board (PCB) Ehsan Mani presided over the HBL Pakistan Super League General Council meeting in Karachi on Monday. The meeting was attended by the representatives of all six franchises.

During the meeting, both PCB and the franchises renewed the commitment of holding the entire HBL PSL 2020 edition in Pakistan.

A wide variety of issues were discussed in the meeting, including the minutes of the last GC meeting; potential dates for holding the HBL PSL 2020 Draft towards the end of November; and, details of the revenue share from the central pool for the 2019 season that were earlier shared with the franchises, were also analysed at length.

All pending issues were debated between the PCB and the franchises and consensus was reached on critical issues.

Chief Executive PCB Wasim Khan said: “We had fruitful discussions with our valued partners today and we have found a way forward. In the days ahead, our preparations for the HBL PSL 2020 season will continue in full swing, we are committed to staging the entire edition in Pakistan and the franchises are on-board with us.

“Cricket fans in Pakistan and around the world will enjoy another action-packed edition of HBL PSL; some of the best T20 talent will grace our stadiums. Both PCB and franchises will leave no stone unturned to ensure a real spectacle of cricket.”

Meanwhile, during the meeting, an update on the player registration for the next season was given which was likely to open imminently and some of the biggest T20 stars from around the world were expected to take part in the 2020 HBL PSL season.

During the meeting, the HBL PSL 2020 schedule along with broadcast plans was also discussed.