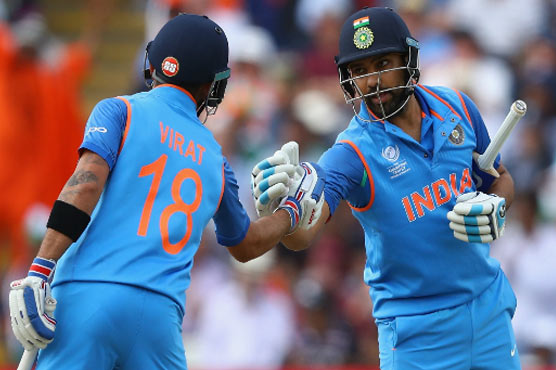 Currently, India is ranked in second position, behind South Africa, Sri Lanka is on eighth spot

(Web Desk) – With skipper Virat Kohli taking a respite with rumours of marriage with girlfriend Anushka Sharma in Italy, India will be looking to top the ODI rankings in the home series against Sri Lanka.

Their aim will be to win the series 3-0 and overtake South Africa to top the ICC ODI Team Rankings.

India, who are top-ranked in Test cricket, are on 120 points in the ODI rankings, only one point behind South Africa and will go ahead if they win the first match in Dharamsala on Sunday.

India will slip to 119 points even with a 2-1 win in the ODI series, which follows a three-Test series between the two sides, which India won 1-0.

On the other hand, eighth-ranked Sri Lanka will remain on 83 points even with a 3-0 loss but can go up to 87 points with a 3-0 series win.