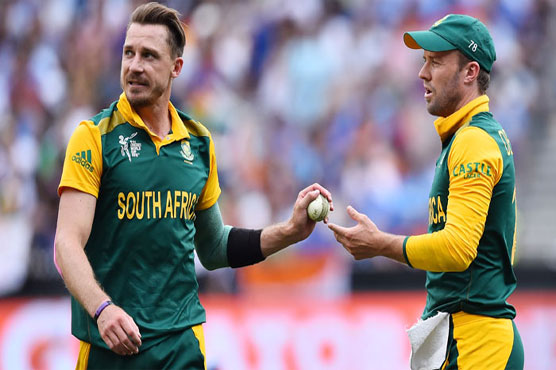 South Africa and Zimbabwe will play one-off match in Port Elizabeth from December 26 to 29.

JOHANNESBURG (AFP) - AB de Villiers and Dale Steyn will both have a dress rehearsal for an expected return to Test cricket when they play for a South African Invitation XI against Zimbabwe later this month.

Batsman De Villiers and fast bowler Steyn have both been out of Test action for more than a year.

De Villiers has not played in a Test since captaining South Africa against England in January 2016, firstly because of an elbow injury and then because he decided to take a break from the five-day format.

During his extended break he gave up the captaincy, which is now held by Faf du Plessis. He has only appeared in one first-class match during the current season.

Steyn suffered a broken shoulder in a Test in Australia in November 2016 and only started playing again in November.

He has shown impressive form in four T20 matches for his franchise, the Titans, taking six wickets at an average of 13.50 and conceding only 5.78 runs an over. He has not played in a first-class match since his injury.

Two other Test players, all-rounder Chris Morris and batsman Temba Bavuma, were also included in the Invitation team, which otherwise consists of fringe franchise or second-tier first-class players. Like Steyn, Morris is returning from injury while Bavuma has been short of runs in domestic matches.