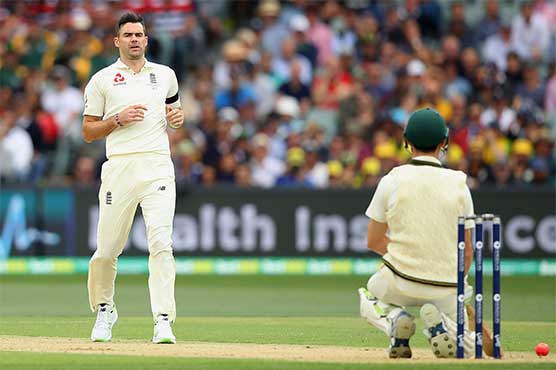 England chose to field first against Australia the in first ever day-night Test between the sides.

ADELAIDE (AFP) – England won the toss and chose to bowl first against Australia on the opening day of the second Ashes Test in Adelaide on Saturday -- the first ever day-night Test between the sides.

"I think it’s an attacking option on this wicket, there’s quite a lot of grass," said Joe Root, the first England captain to bowl after winning the toss in Adelaide since Bob Willis in 1982-83.

"I would have had a bat. It looks like a good wicket. A lot different to what we have seen (in the previous two day-night Tests at the Adelaide Oval) ... not as much grass," Australia captain Steve Smith said at the toss.

"Hopefully we can make the most of it ... the new ball might do a bit."

Australia named an unchanged team from the winning first Test team, while England will give Somerset seamer Craig Overton his Test debut for Jake Ball in their only change from Brisbane.

There has been an acrimonious buildup to the Adelaide Test with England voicing their disapproval over pictures of Steve Smith laughing while team-mate Cameron Bancroft recounted Jonny Bairstow’s "weird" headbutt greeting earlier in the tour.

Smith, the Australian captain, said he wasn’t mocking the England team but was laughing at Bancroft’s laconic way of relating the events that took place in a Perth bar.

James Anderson also declared in a newspaper column that the Australians were bullies, to which Smith replied that the England paceman was one of the biggest sledgers in cricket.

Ashes holders England cannot afford another defeat after their 10-wicket first Test mauling at the Gabba.

The first-ever Ashes Test under lights has long been earmarked as England’s best chance of a win in Australia given the extra swing and movement of the pink ball in the twilight conditions.

Australia have beaten New Zealand and South Africa in the two day-night Tests played at the Adelaide Oval.