Smith vows no let-up on England in Ashes battle 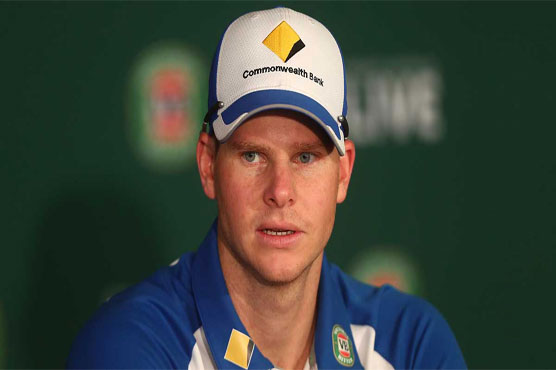 Smith vows no let-up on England in Ashes battle

Smith vowed that Australia will continue to play aggressive cricket right through the Ashes series.

BRISBANE (AFP) - Man-of-the-match Steve Smith vowed Monday that Australia will continue to play hard, aggressive cricket right through the Ashes series after smashing England in the first Test in Brisbane.

Openers David Warner and Cameron Bancroft sealed a 10-wicket victory at the Gabba with an unbeaten opening stand of 173, a record in a successful Test chase.

The Australian skipper said he does not expect the Jonny Bairstow headbutt incident with Bancroft to spark any extra ill-feeling between the two sides as the series moves to Adelaide for the second Test starting Saturday.

But Smith warned there would be no let-up in the hosts  aggressive approach, revealing that his team had used the issue to help remove Bairstow for 42 in England s second innings.

The Australian skipper told reporters that his team used the headbutt incident to force the England wicketkeeper "off his game".

"And I think it worked, with the way he got out. He got caught at third man playing a pretty ordinary stroke," Smith said. "We were just trying to get in his head and it happened to work."

The Bairstow-Bancroft incident happened in a Perth bar late last month, but only came to light over the weekend.

Smith said the tactic was all part of playing uncompromising cricket in the traditional Ashes battle.

"This has been a really good week for us. I thought we played some really good cricket. We had to fight after the first couple of days and to get the result we were after is very pleasing," the Australian skipper said.

Ahead of the first-ever day-night Ashes Test starting on Saturday at the Adelaide Oval, Smith warned that England s batsman could expect another barrage from Australia s fast bowlers.

"The Adelaide wicket might bring some of their bowlers into the game a little bit but having said that, it s probably one of the quickest wickets in the country at night," he said.

"We saw how effective our bowlers could be when this wicket quickened up a little bit, so it s exciting."